I took a different approach to Christmas this year. I had planned to bugger off to Thailand again (last year’s trip was so glorious), but work conspired against me, and I had to cancel at the last minute. So I had to think again, and this time I decided that the way forward was to stay in a hotel near my mother’s Northamptonshire cottage, thus maintaining family harmony, and ensuring that I didn’t have to do a Bridget Jones, sleeping in a twin bed, next to my sister. Also: it’s hard to share a twin duvet with a sausage dog, however tiny that doglet may be.

Some frantic last-minute Googling led me to Walton Hall in Warwickshire, where I could stay for three nights for around £300 B&B, which seemed a small price to pay for no arguments, a double bed, swimming pool and a huge country park to in which to walk Lettice. It was a few miles from where my grandparents lived in Avon Dassett, from Fenny Compton where my sister was christened, and my grandparents buried, and about 40 minutes cross-country from my mother. Not quite Koh Samui, but perfect for me. 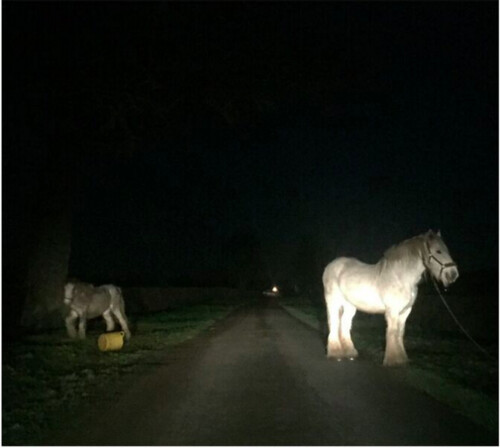 I drove up from London late afternoon on Christmas Eve, and nearly had a heart attack when these ponies loomed up in the complete darkness on the narrow back road to the hotel. They had been tethered by gypsies, who were camped further down on the roadside, and who didn’t seem to care that they were able to stand in the road. It’s a very good thing I drive slowly at night in the country because of suicidal pheasants, muntjac, badgers, bunnies etc…

I had a lovely calm evening in my beautiful room, although the room service offer was filthy. I think peak awful was either the bowl of disgustingly acidic tomato soup, or when I discovered the plate of sliced buttered white plastic bread triangles instead of the basket of bread, and butter I had requested.

Given that I am not five years old, or in hospital, this was odd. Still, it wasn’t as bad as room service breakfast which was inedible. Never been served dehydrated fried mushrooms (akin to boot leather) before, or cafetiere coffee with no grounds…(it was actually coffee coloured water, because I couldn’t discern any flavour of coffee whatsoever.)

Still, being unable to eat breakfast got me up and early and en route to my mother’s a couple of hours early. I drove via the Burton Dassett Country Park, one of my favourite places in the world, and worthy of a post of its own. It even has a 12th century church amongst the trees, where my grandfather’s funeral was held.

We walked for forty minutes, being buffeted from one corner of the park to another.

Then it was back in the car, and cross country to Northamptonshire, where I made a scrambled egg breakfast and coffee for us all, and we opened presents from under the tree.

Then we finished off making lunch and laid the table.

THE most delicious 2004 Pauillac for me and my mother.

Roast Aylesbury Duck for my mother and sister, and a vat of bread sauce for me. I am always in charge of roast potatoes. I’m afraid we ate them all. Steamed kale and green peas for health. Apple sauce and extra fried breadcrumbs for the duck. Proper gravy.

My mother made this glorious Yule log for pud.

Never let it be said that we are afraid of cheese in our family. mmmm Reblochon AND Chaource…Stollen and Medjool dates….

We flumped in front of the fire afterwards. Although this situation was never going to end well.

I drove back late evening to my hotel after a wonderful day (thus avoiding the necessity of ordering any food from room service),

and went straight to bed with the tiny dog.

Next morning, Boxing Day, someone was quite clear that it was walk time.

No rain, but an overcast sky and a river in full spate.

We stayed for Boxing Day night – I went to the local stop and shop down the road to buy cheese and apples for my supper, and then had a lovely leisurely drive back to London on the 27th via Fenny Compton for a pub lunch, and to put flowers on my grandparents’ grave in the churchyard. 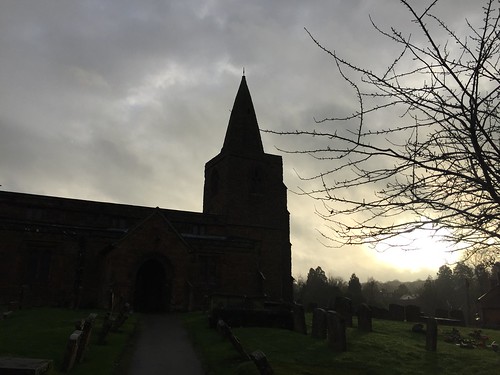 Grandpa was buried right in this very far corner by special request, so he could be next to the horses. 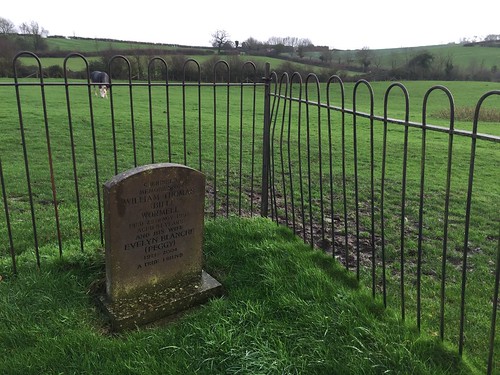 A week in LLG: From Berlin to Apple Tart…

such a beautiful Christmas. Thank you for sharing. My daughter Violet has Blanche as one of her middle names, it’s a name I absolutely love :O)
Wishing you a wonderful 2016 (with much better mushrooms)!

@Sadie: Violet Blanche! What a beautiful name! Happy New Year to you too Sadie, LLGxx

This is the first time I’ve read your blog Sasha and this was a great first post to start with! I live in Hong Kong currently but am originally from the UK. Having spent Christmas away this time this post made me feel so homesick and nostalgic for England. Luckily I am coming back next week to see family 🙂
Looking forward to reading more of your posts this year.

Poor ponies, I hope they are going to be ok. Lovely post ! I do love countryside a lot ( I live in London like you). That platter of cheeses looks amazing I have a similar one at Christmas too. 🙂

There is a picture of a cat which surprised me because I thought yours was a dog family. The cat looks very big — is it a Maine Coon, or is it just that the dogs are so small? It would be nice to see more pictures of the cat, please.

Her real name is Tiger Lily, but she’s known as Iggy Wiggy – Iggy for short, and yes, she’s a Maine Coon AND the dogs are very small! We’ve always had cats at my parent’s house – I didn’t turn into a dog person until my thirties! LLGxx

Love that your Grandpa is buried near the horses, that would be my wish too.

What black boots are you wearing?

All the food looks amazing.

Great!! looks like you have a perfect Christmas ever. You dog is so cute.