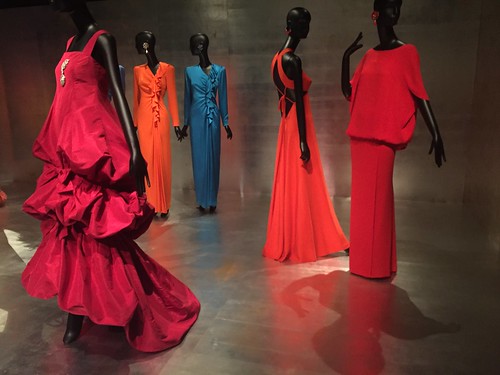 On Friday last week I had a meeting at 1130hrs in the Flatiron, and a 1500hrs afternoon appointment at Dr Colbert’s New York Dermatology Group further down Fifth Avenue. But Manhattan is small, and it’s amazing how much you can get done, and far you can move in just a few hours. I had some errands to run on the Upper East Side, so I decided to swoop in on The Met, to see The Costume Institute’s Jacqueline de Ribes exhibit, which opened in November, curated by Harold Koda. 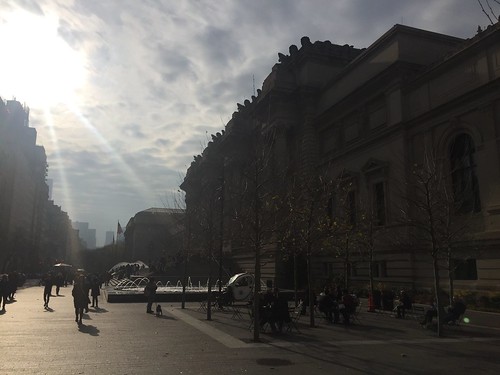 The weather was glorious all week, edging up towards the 60s. Having lived in New York and experienced the bitter chill of December in Manhattan, I’d packed tights, bobble hat, blanket shawls, cashmere. Instead, I spent the week carrying my coat over my arm, and consigned the bobble hat and tights to the bottom of my suitcase. 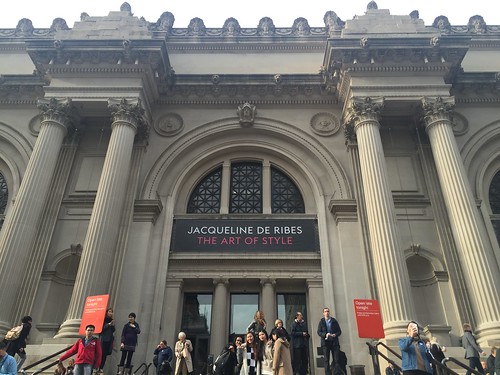 By the time I got to The Met I was more than warm, and happy to turn right, and head downstairs into the depths of The Costume Institute’s windowless exhibition space. I always feel a little dislocated when I return to Manhattan – no longer a resident, not a tourist, but when I visit The Met, I feel right at home. I’ve visited so, so many times that I know where to go find what I want to see, and can find my way like a human GPS to wherever I want to visit. 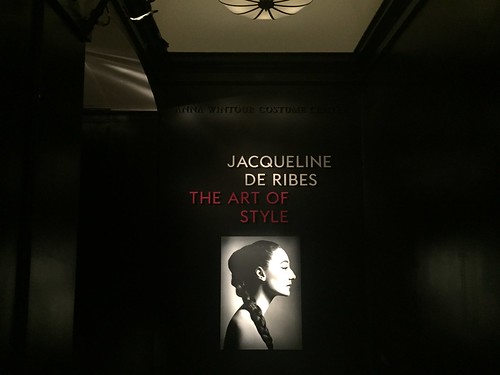 The exhibition celebrates the style icon Countess Jacqueline de Ribes, who was considered one of the most celebrated fashion personas of the twentieth century. The thematic show features about sixty ensembles of haute couture and ready-to-wear primarily from de Ribes’s personal archive, dating from 1962 to the present.

Also included are her creations for fancy-dress balls, which she often made by cutting and cannibalising her haute couture gowns. These, along with photographs, video, and ephemera, tell the story of how her interest in fashion developed over decades, from childhood “dress-up” to the epitome of international style. 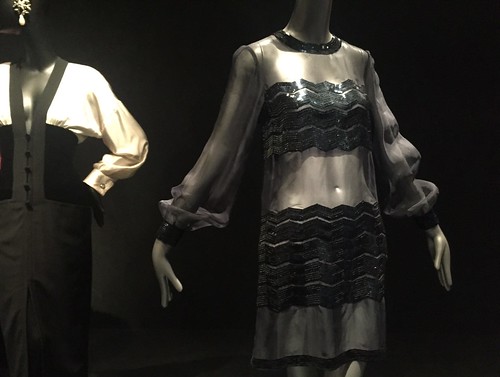 A muse to haute couture designers, de Ribes had at her disposal their drapers, cutters, and fitters in acknowledgment of their esteem for her taste and originality. Ultimately, she created her own successful design business, which she directed from 1982 to 1995. While the exhibition focuses on her taste and style, extensive documentation from her personal archives illustrates the range of her professional life, including her roles as theatrical impresario, television producer, interior designer, and director and organizer of international charity events. 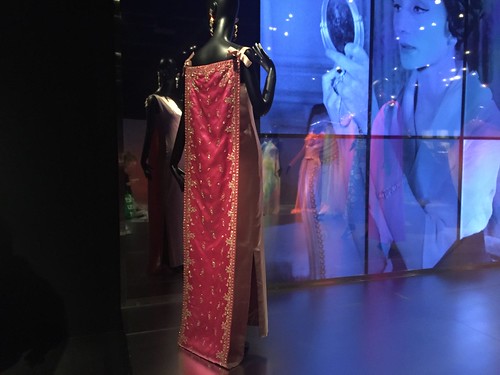 It would be easy to write off de Ribes as one of life’s dilettantes: a clothes horse with no substance, all carapace no filling. But if we rightly celebrate the designers of clothes in exhibitions, then why not celebrate the women who bought and wore them? de Ribes’ resources allowed her to buy clothes from the very best of her day, but money is not enough. Without taste, without style, without an educated eye, she would just have been another wealthy socialite with an overstuffed closet of over-embellished and under-worn clothes. 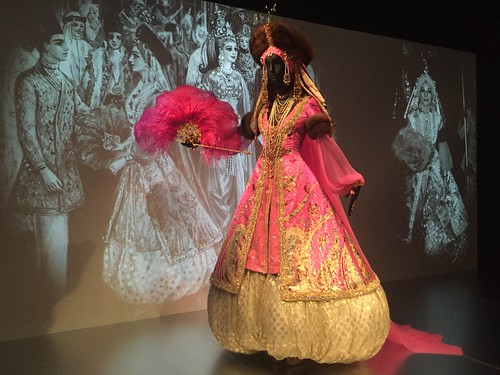 The $64000 question is this: would the exhibition stand up even if we knew nothing of the woman who wore the clothes? I think the answer is yes. Frankly, I couldn’t care less about the Countess de Ribes, but I do care about her dresses. She bought beautiful, interesting couture, which represented the best of its time, and often had the confidence to pull those pieces apart to create gorgeously intricate costumes and iterations. Whilst her own designs were often derivative, they are no less attractive for that and, seen along with the work of her contemporaries adds to one’s knowledge of 20th century fashion.

All in all, I believe the show is worth visiting, although maybe not worth the entire $25 fee that one has to pay to enter The Met, which includes entrance to any of the temporary exhibitions. So I justified dropping my money by drifting through some of my favourite galleries afterwards. 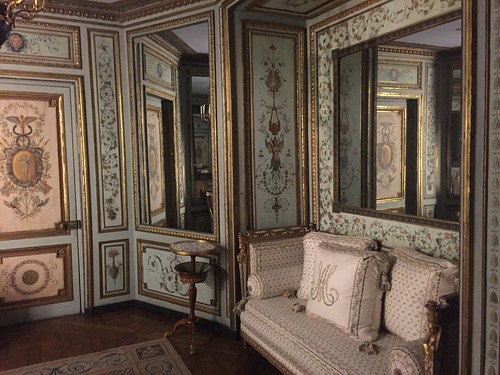 The joys of a perfect room of 18th Century boiseries from the Hotel de Crillon, a Faberge lily of the valley, the annual Christmas tree and elaborate creche, the suits of armour, the newly renovated American Wing, and the sculpture court…my only sadness was that the Temple of Dendur, where I like to sit by the water and read, was shut to host some benefit or other. 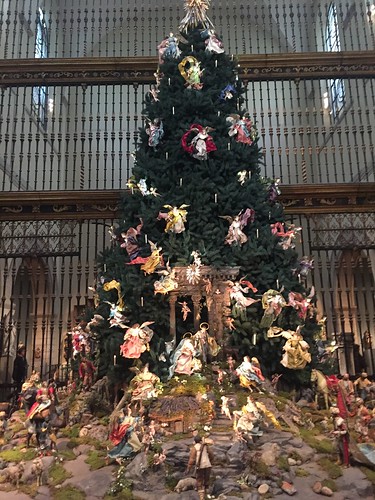 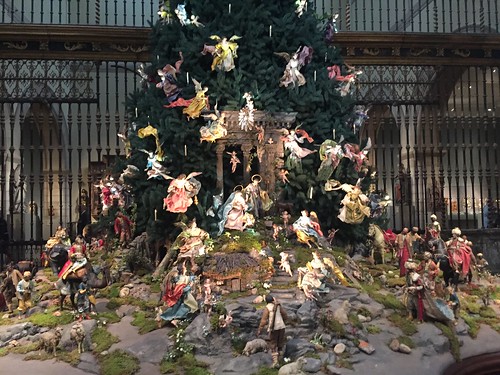 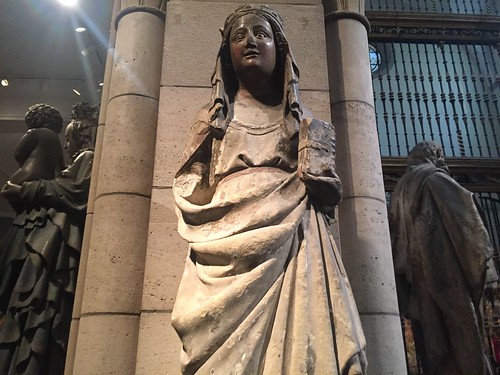 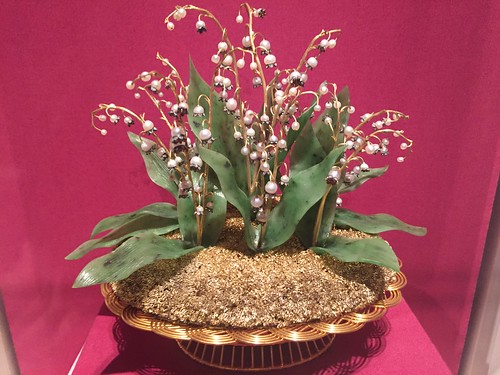 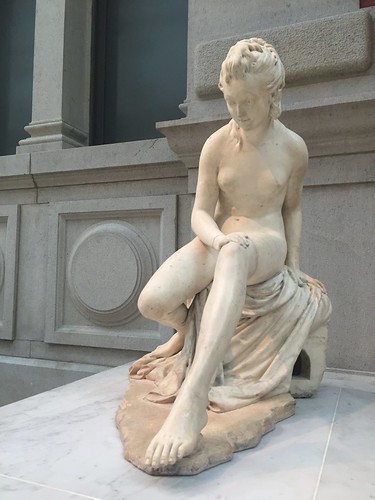 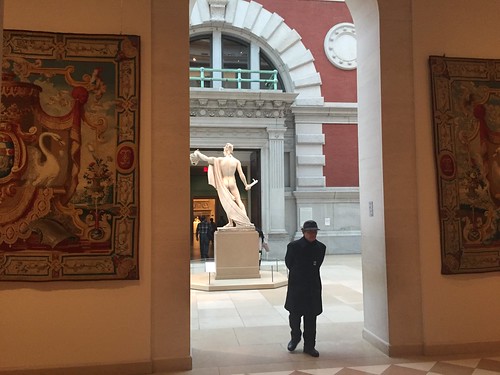 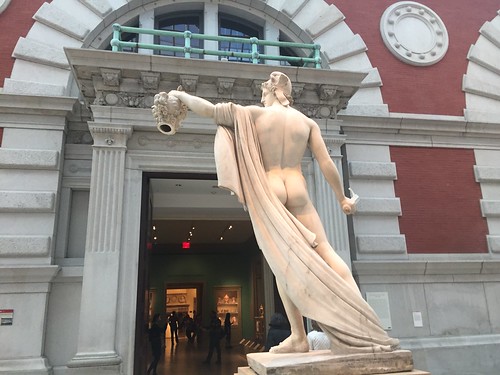 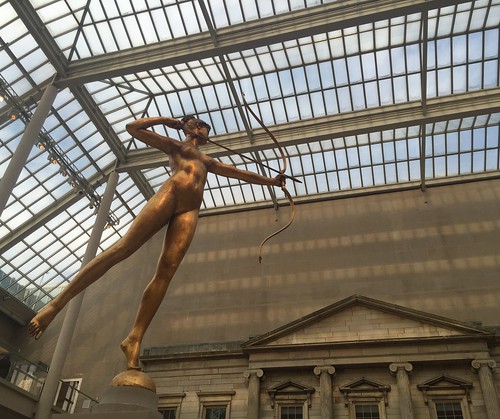 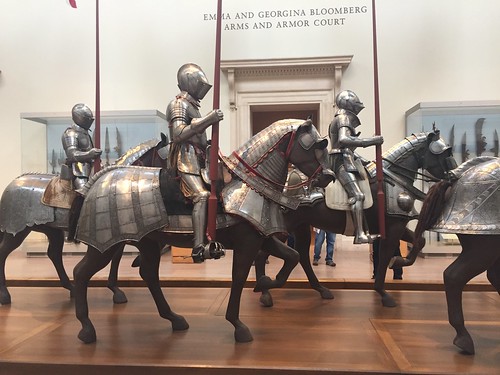 The LLG Hero Beauty Products of 2015: Face, Body and Hair

Culture, My Life in England

The $25.00 entrance fee is only suggested. You can pay as much as you wish to enter the Met. This, from a Feb 7, 2014 New Yorker article:
The Met does not have a fixed fee for admission, but it has encouraged donations with suggested fees since 1970. Prominent signs at each ticket booth feature bold pricing schemes with the word “recommended” in a smaller, italicized font. Last year, the Met was sued, and pilloried in the press, for these admission practices, which were seen as misleading: Many visitors, especially those unfamiliar with the donation scheme, understand the fees to be mandatory. Even with the sneaky signage, which encourages payments of twenty-five dollars for adults, seventeen dollars for senior citizens, and twelve dollars for students, the average visitor donates eleven dollars, compared to the forty dollars that the Met estimates each visit costs.

of course I know this, but a) I’m happy to pay to support the work of the museum, and b) as the article points out it’s almost impossible not to be mentally bludgeoned into paying: the froideur one receives from the admission desk when attempting to ‘donate’ less than $25 is marrow-withering. LLGx

Fabulous exhibit and one of my fave musuems. Prior to being press for the museum, I have given less the $25 especially if I am going to just one exhibit in the place, and never had a problem. You can spend the whole day there, so for $25 I don’t think it’s a bad deal. That egg you show is one of my faves as well. Sorry you were under the weather, hope to look for your cookbook here in the States. Have a fabulous holiday!

Imagine a normal family with one earner and two children being able to enter this museum for the purposes of enlightenment or a young single person barely earning a living wage – then being a “senior” being subjected to “froideur” and deciding not to undergo one further iniquity of old age, inequality begins far, far too early and then goes on and on.

This is the acme of the “land of the free”?

I have to say Angela that I am inclined to agree with you. I can afford the $25 fee now, but for most of the time I was in New York it was far beyond my means (I think it was $15 back then) and they really do make you feel like a shit if you don’t pay the full whack. And it is very unclear that you have a choice. LLGxx

I have never paid the full amount, and have never been made to fell uncomfortable about it.