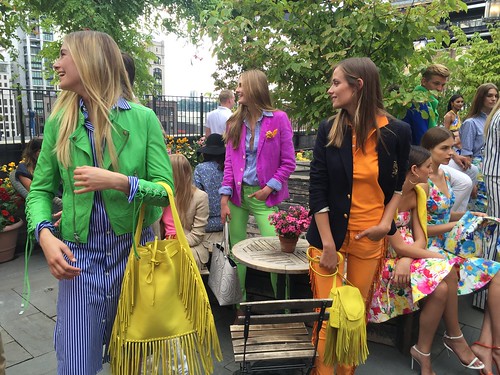 I’m here in New York on a dual mission: talking about my cookbook Friends, Food, Family, (which came out in the US on 01 September), to anyone who’ll listen, and to attend some of the shows and presentations at New York Fashion Week. (Above: at the Polo Ralph Lauren presentation on Friday afternoon.)

I arrived in the pouring rain very late last Thursday, spending the night in an AirBnB in Chelsea, before heading straight to Soho House, where I made use of the beautiful spa and ate breakfast whilst bashing out emails. Kate Spade were showing across the road in Meatpacking, (more of this later), and after catching up with my friends there, I met  Yoann for lunch on the Soho House roof. 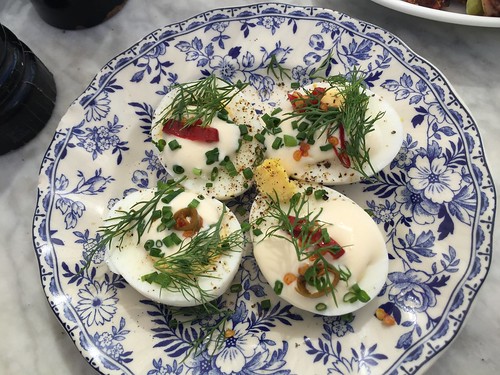 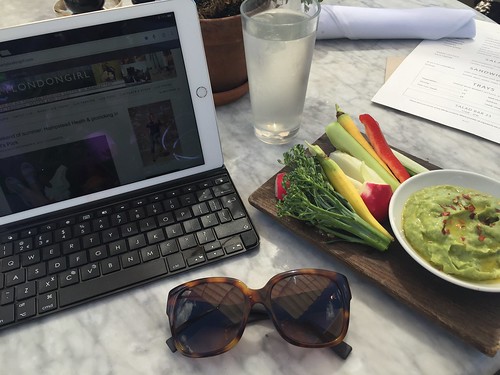 An ultra thin keyboard cover for my iPad was a wise investment for this trip: they both slip together into my handbag, meaning I don’t have to tote my heavy laptop around all day. (My sunglasses are by MaxMara – gifted.) 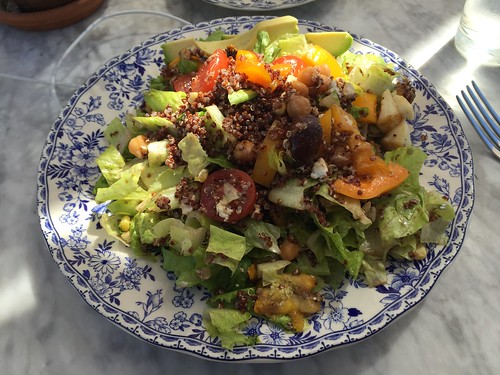 Apart from it being an absolute treat to see him, I was meeting Yoann to pick u the keys for my new NYC home: Jason and Yoann, whom long-term readers will remember I lived with in New Jersey back in 2009, lent me their West Village pied a terre for the week. Yoann is an interior designer and the apartment is next level chic. Lucky, lucky me. So much nicer than a hotel when you are away for more than a few days. 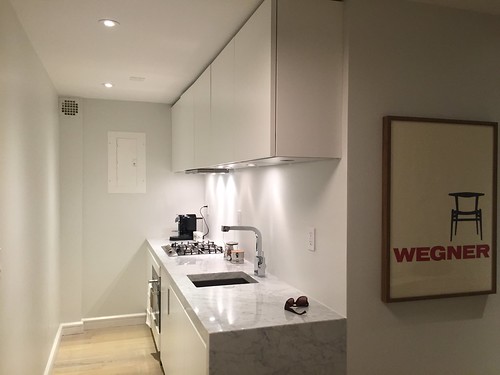 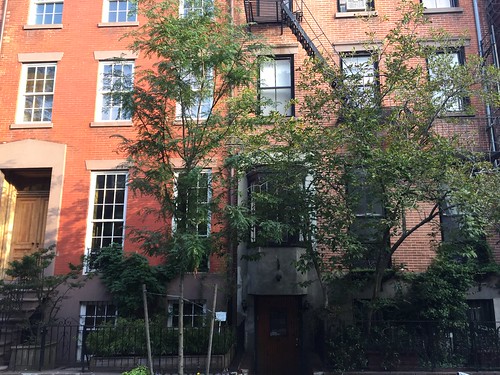 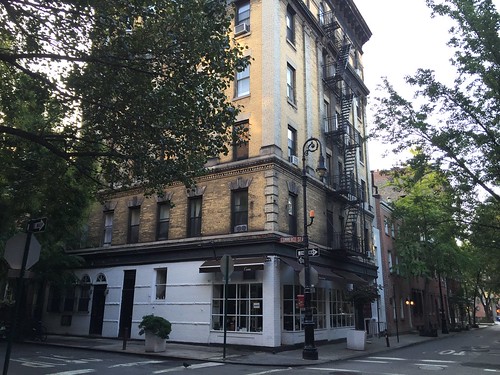 Later that afternoon I headed to the far reaches of Chelsea for the Polo Ralph Lauren presentation. 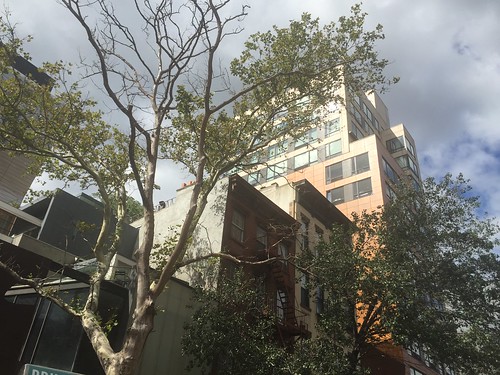 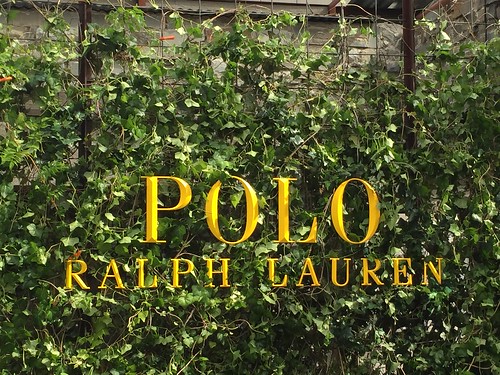 Ralph’s Coffee descended to Chelsea from their home at Polo on Fifth Avenue to set up a temporary home on the roof, fuelling us in style. (When you’ve been up since 4am with jetlag, their delicious coffee is a welcome bonus.) 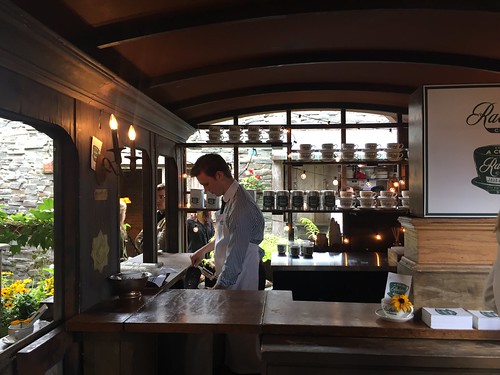 I am longing for stripes already. (The girls looked like a flock of parakeets in their bright colours, chatting away in strategic corners of the rooftop.) 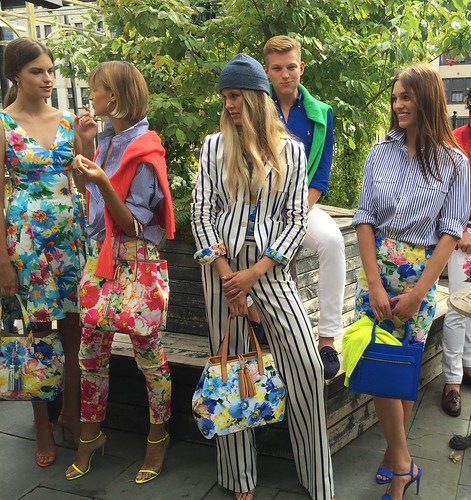 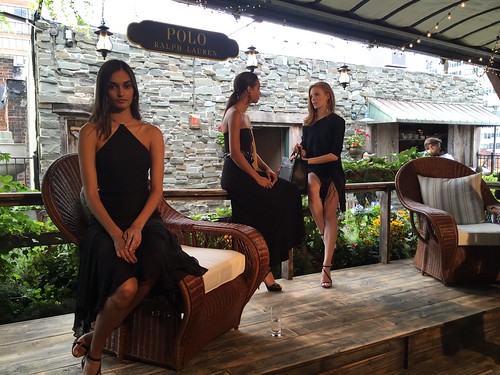 The view of the Empire State Building from the terrace, competing with the models. 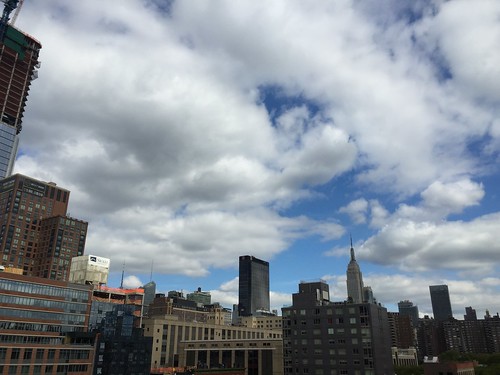 After the Polo presentation, I walked from West 27th & 11th across to Madison Park at 23rd and Sixth, 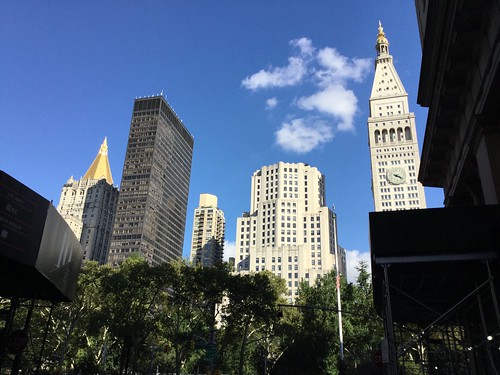 for a quick Shake Shack stop as a very late afternoon lunch, stopping to admire the Flatiron Building en route. 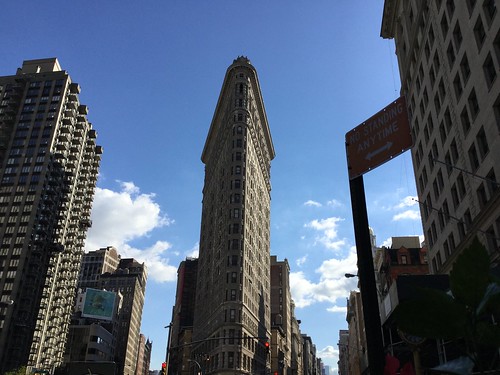 I fell asleep at 8pm, missing my dinner. I can’t remember having been this pole axed by jetlag in years. I’m sure that it was never this bad when I lived in New York. 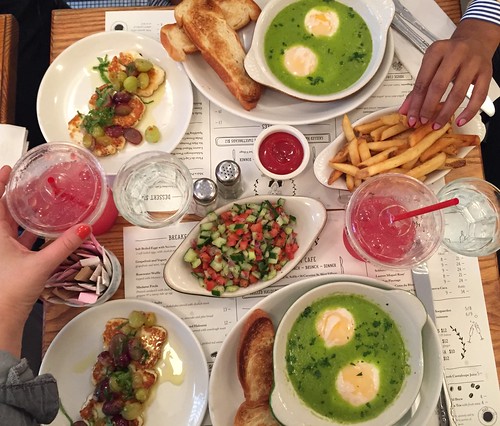 I’d already had one breakfast on Saturday morning by the time I met Sushma for brunch at Jack’s Wife Freda on Lafayette. It’s a cult spot on the borders of SoHo and Nolita (there’s a second branch on Carmine in the West Village), and there are always lines, so get there at 83o when it opens if you don’t do queuing for restaurants.

Given that we were meeting a few blocks from Broadway in SoHo, it clearly behoved me to do shopping, and I left Club Monaco with a rather too large bag.

That evening I got caught in torrential rain – the kind that leave you thinking you may as well have emptied a bucket over your head and been done with it – walking through the West Village en route to the Banana Republic presentation on 14th. 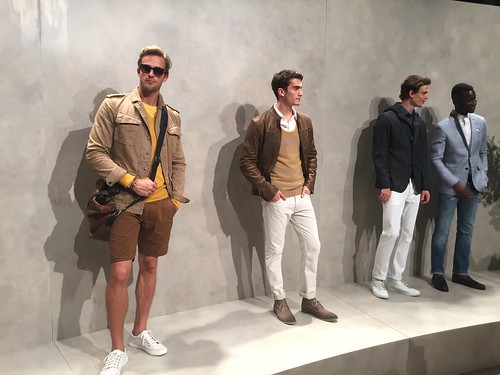 Apart from the boys, it was interesting to see just how much colour had been injected into SS16, after the fierce criticisms – and drop in sales -that BR and Creative Director Marissa Webb attracted for its largely monochrome SS15 collection. This was bright, breezy and full of classics with a twist – which is historically where BR’s collections always used to fall. 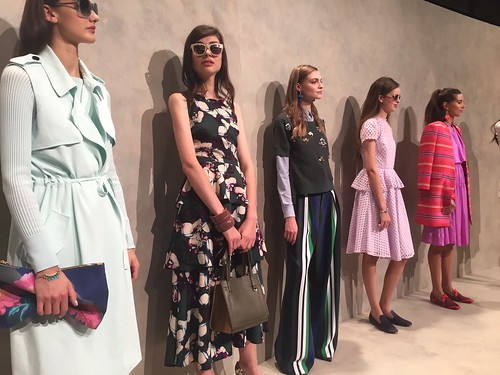 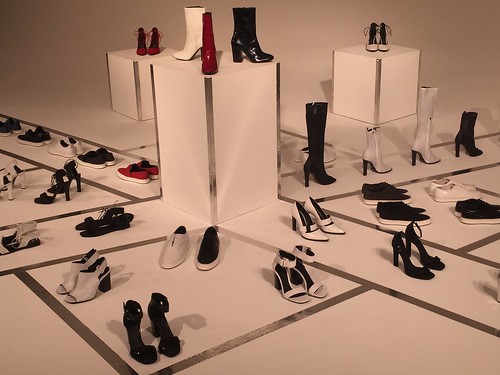 After that Emily C and I walked around the corner to MADE to check out the young designer presentations, including Sandy Liang, below. 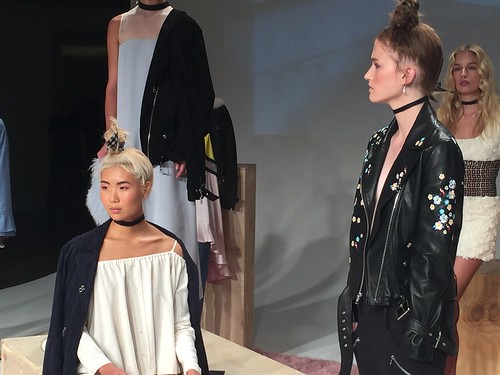 Sunday was all about eggs at 8am with Lucy, another jetlagged friend, and afterwards we walked home down Hudson, and through the West Village, ogling the 19th century architecture. 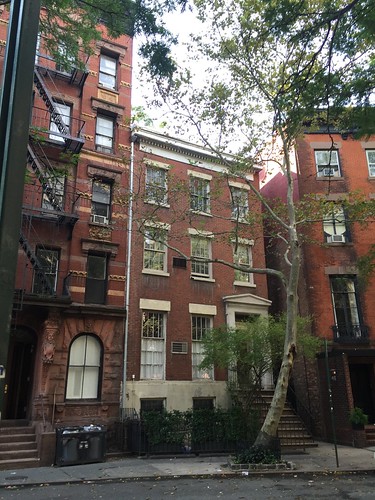 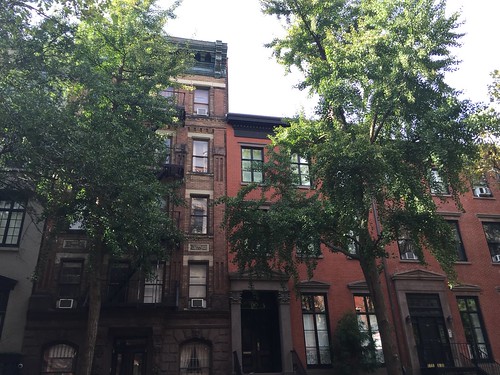 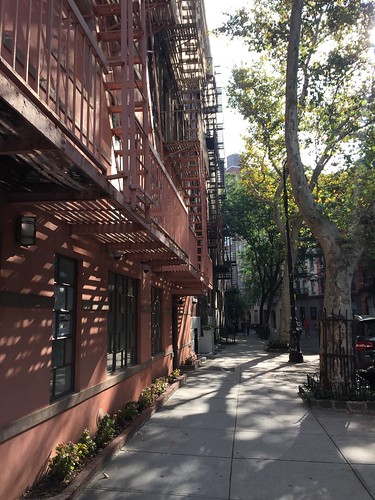 From my non-scientific observations, jet lag gets harder and harder as we get older. Unsurprisingly;).

@Lisa: I was thinking the same thing! Flying west, I always managed fine – I’d force myself to stay up until a proper bedtime, then I’d be in the swing of things. But it just doesn’t seem to happen any more! On a recent west coast trip I scraped around 2-3 hours a night. If I fell asleep at midnight, I’d be wide awake by 3am. Nightmare!

That brunch looks scrumptious. I want all those florals from the Polo Ralph Lauren!

Sasha, your NYC trip looks so wonderfully busy (the fulfilling, not hectic sort!) yet idyllic at some times (especially the West Village walk – those gorgeous red brick buildings look like a step back into time). x

Perfect!
I Love it 🙂

A Wonderful article, with beautiful presentation in Snaps! thats why i love U.S.A and love my New York as always