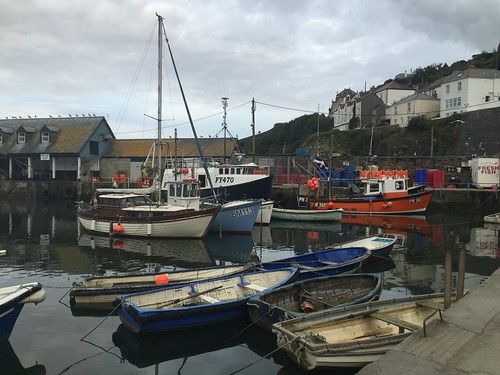 Rachel and I had been muttering at each other for some weeks about the upcoming August Bank Holiday at the end of the month. The muttering was along the lines of: “Don’t feel like Carnival this year“; “need to get away from London”; “can’t face getting on another plane“; “sea air, I need sea air“; “want to go somewhere to cook and write“.

And, at the very, very last minute, after discovering that every single suitable dog-friendly and seaside self-catering property in England and Wales had been booked for the long weekend, and thinking we might go to a hotel instead (this one in Penzance looked wonderful but the availability wasn’t quite right), I was offered the use of Penpol, an extraordinary house overlooking Mevagissey harbour on the southern coast of Cornwall, not far from St Austell. 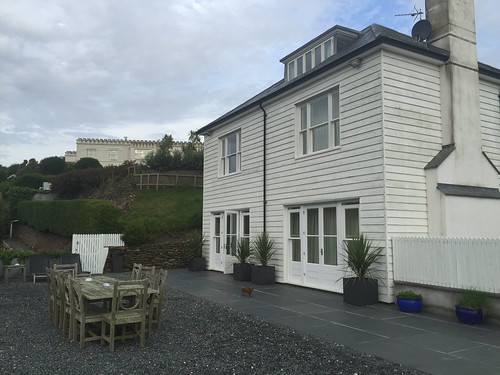 Polpier & Penpol is a twin estate perched high up on the hill overlooking Mevagissey. Polpier, the larger house sleeps sixteen, and is also used as a licensed wedding venue. Next door is Penpol, a square white weather-boarded house which sleeps ten, and where we were to stay from Friday through to today (Tuesday).

This is the view from Penpol, down over Mevagissey harbour: 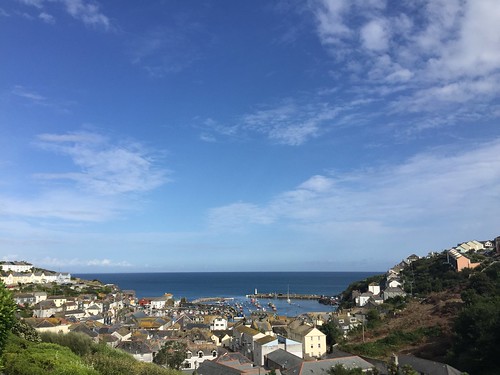 I’m always very keen on Cornwall. Not least because of the immediate and continuous access to cream teas. Bring it. (Please note that I am satisfying both Devonians and Cornwall people by doing cream first and cream after the jam here.) 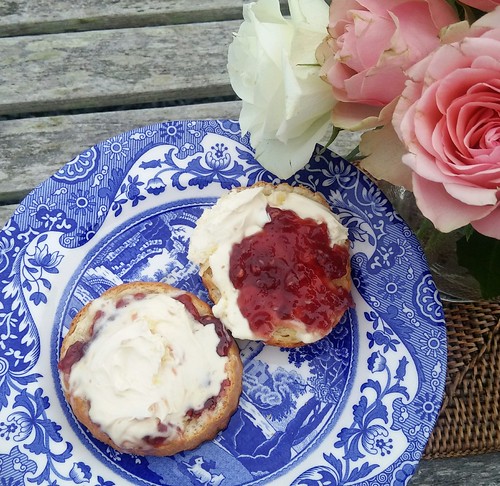 My sister isn’t feeling too well at the moment, so in the end it was just the usual Cornwall crew who packed into my father’s ginormous JEEP Grand Cherokee (otherwise known as The Beast) on Thursday afternoon – Rachel, me, Lettice the miniature Dachshund and Hannah and her husband Mark. 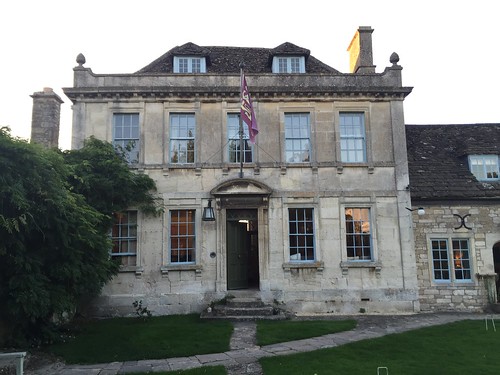 With us all being free from Thursday but with a 4pm check-in at Penpol on Friday, and not being an especial fan of flogging down the motorway for six hours at a time to arrive in Cornwall in the dark, we broke the journey after a comfortable three hours (should have been less, but London traffic….) in Wiltshire at the lovely dog-friendly The Moonraker Hotel, which I wrote about here. 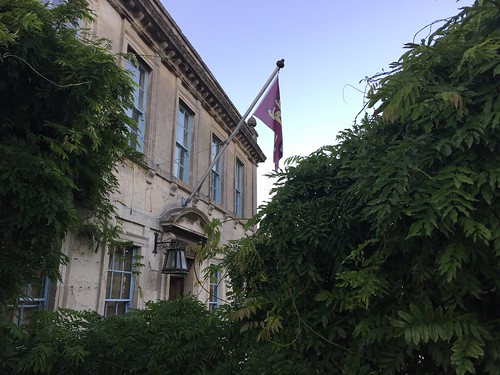 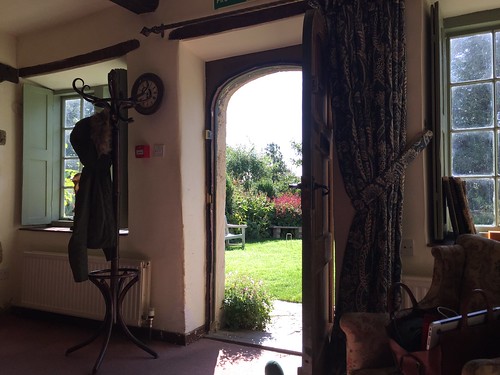 Lettice, checking out from The Moonraker on Friday morning: 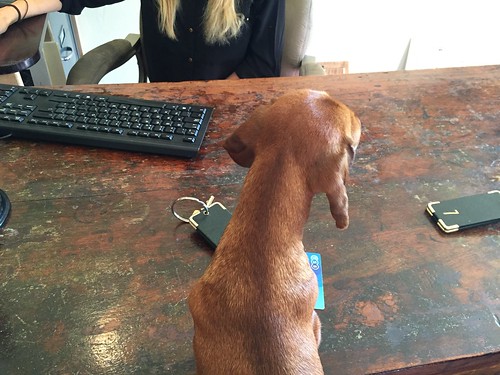 With news of armageddon on the roads and an FGW railway strike, we hopped off pretty early on Friday and had a lovely leisurely drive down to Cornwall, stopping off for coffees at a farm shop in Devon (where we met a lovely wire-haired Dachshund called Teddington), at the roadside to revel in the first glimpse of Cornish sea, 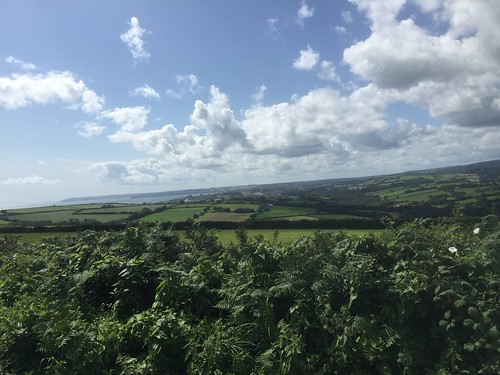 and then in beautiful Fowey (pronounced Foy) for a late lunch of Cornish pasties. I missed the turning for Fowey’s main car park, so we motored on up the hill to be met with this sensational view. We just could not believe the sunshine. 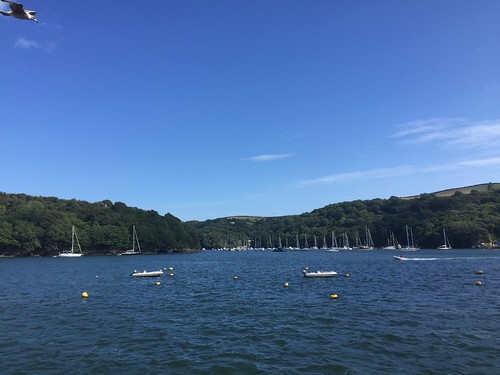 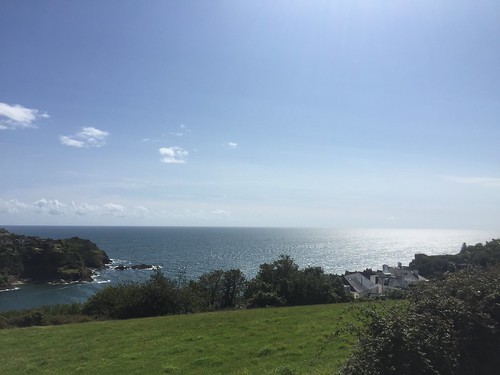 We had been commanded to only eat Barnecutt’s pasties, which had to be purchased from Kittow Bros. in Fowey, a butcher’s shop, with a nice line in groceries and delicious Cornish cheeses. 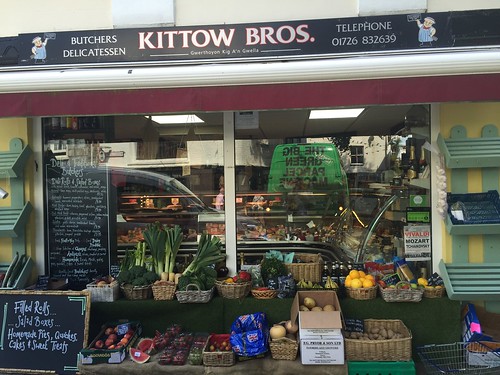 I bought enough cheese to satisfy a family of rampant mice for a month, and four fat pasties – steak, steak and cheese, vegetable, and cheese and onion, which we ate sitting on the Fowey harbour wall, 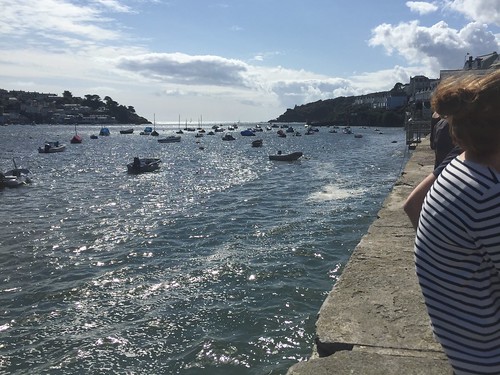 marvelling at the play of the light on the water and, well, the sun, which hasn’t been much in evidence this summer. 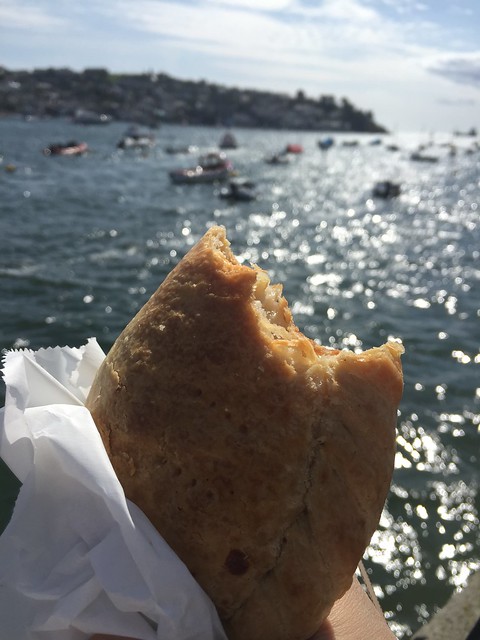 Looking like we were about to have Cornish pasty babies, we hauled ourselves up the many flights of steps back to the car park and off to Mevagissey. (Lettice may only weigh three kilos/five pounds), but it feels like a LOT when you have to carry her up hundreds of steps.)

It turns out that it is no mean feat driving a beast of a car through Mevagissey’s incredibly narrow streets, but I put my foot on the throttle and powered up and round the winding 45 degree Tregonay Hill and into Penpol’s drive feeling like I had just auditioned for Top Gear. 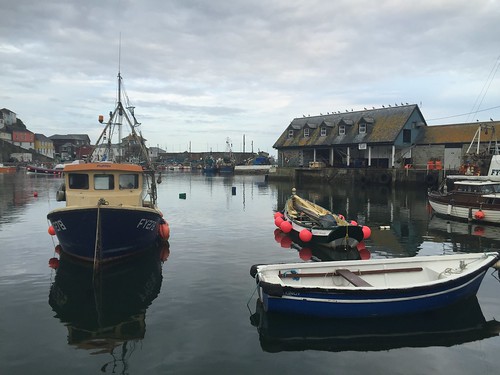 The house is glorious (more of this later) and, after baggsing beds and unloading The Beast, we hopped it down to the harbour, a swift five minute walk down the hill for beer and fish and chips. The light was wonderful – these were taken around 7pm. 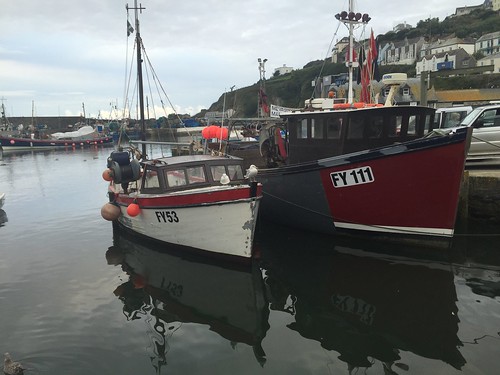 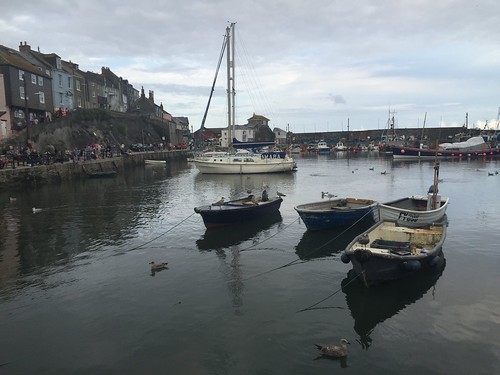 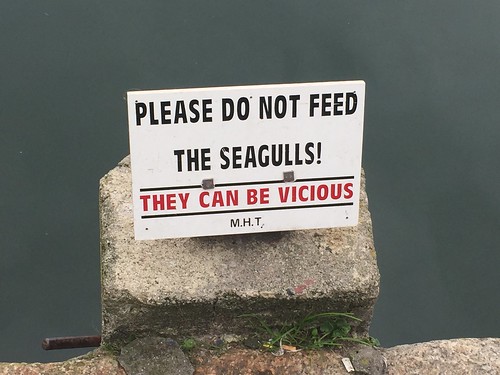 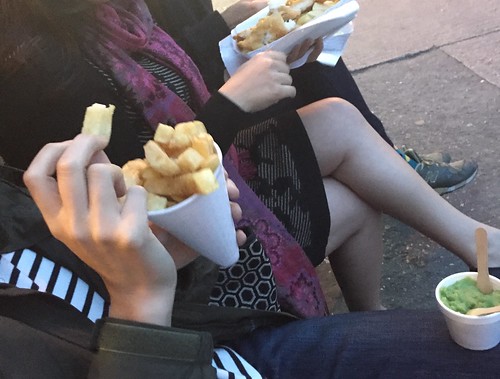 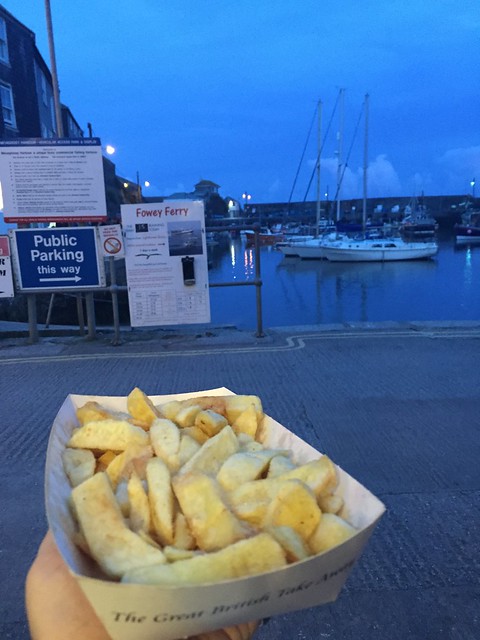 The pubs here are all dog-friendly, which is aces. 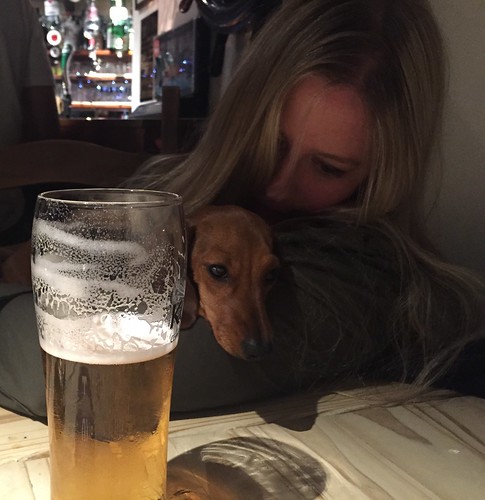 And then we went back to Penpol to do some holiday style vegging for the rest of Friday evening. 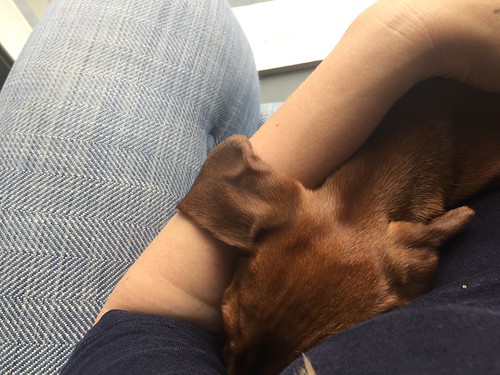 With huge thanks to Polpier & Penpol for hosting us for four nights in August 2015.

Still looking for a new assistant for LLG…

Design, My Life in England

LLG Travels: The post where we arrive in Marrakech

I love going back to cornwall each year!! It’s so gorgeous and calming:)x
AllysDays.blogspot.com

Julia, A Month of Sundays

We absolutely loved ‘Meva’ last year! Would highly recommend Sharksfin as a restaurant to visit. We also got back from Fowey yesterday… Here’s our post on Mevagissey: http://www.amonthofsundays.co.uk/2014/08/22/cornwall-part-3-mevagissey/

We had lunch at Sharksfin just today! It was delicious. LLGxx

This post reminds me that there is such beauty right on our doorstep here in Ireland, like you have in the UK. I think I might need to organise something similar to the above here in Ireland shortly – before the last (or beginning) of the sunshine goes. T
http://www.wintourandguinness.blogspot.com

Oh, I love Mevagissey. We went there with The Englishman when I came to visit England before we were married. These beautiful pictures bring back happy memories… Hx