Visiting Grange Park Opera: Fiddler on the Roof (tonight at The Proms & on Radio 3) 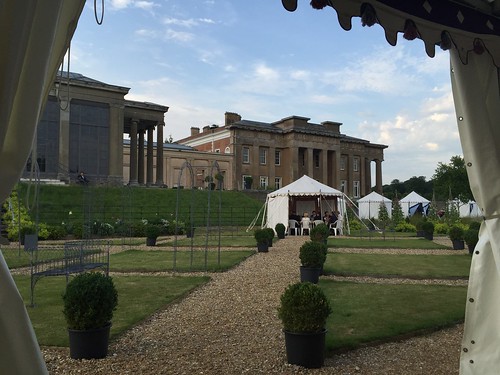 Tonight at 1900hrsGMT BBC Radio 3 will be broadcasting live from this year’s Proms at the Royal Albert Hall as Hampshire’s Grange Park Opera makes its Proms debut with a semi-staged performance of its new production starring Bryn Terfel as Tevye, the village milkman in pre-Revolutionary Russia trying, in vain, to bring up his five daughters within the time-honoured traditions of his Jewish forebears. 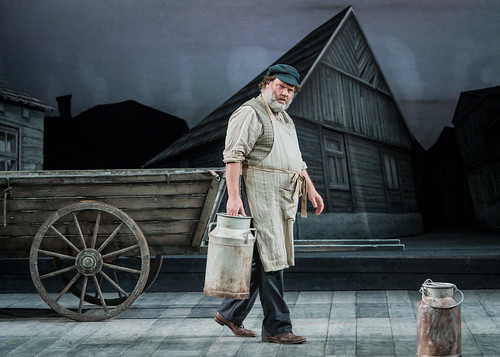 Although it is set in the Pale of Settlement of Imperial Russia in 1905, I was reminded yet again when I saw Fiddler two weeks ago how pertinent its messages are: it deals with intolerance, religious identity, migration, displaced peoples, and cultural differences in a way that resonates loud and clear in 2015. 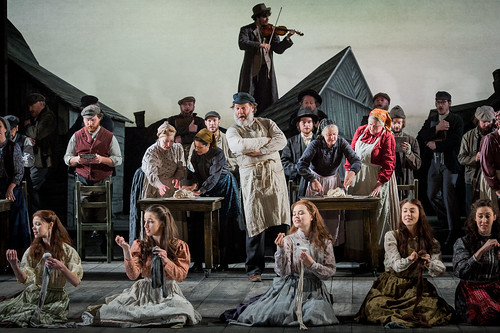 It’s a phenomenal production – I always have an issue with suspending my disbelief with opera, as the acting is often so terrible. Shutting my eyes and just listening to the music seems a more effective way of interacting with the music and story. Granted Fiddler is a musical, but Terfel is an opera star, and here he is a revelation: turns out he’s a good actor, who can carry the speaking part with no dissonance between his vocal talent and his acting. 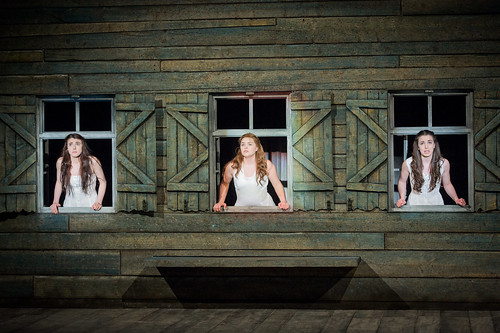 I was lucky enough to be given tickets to the final performance of Fiddler at Grange Park two weeks ago, and so my mother and I drove down from London to Hampshire for a truly wonderful evening. (The Grange is between the M3 and A31 north–east of Winchester and is located in the middle of a private estate (Grange Park).) 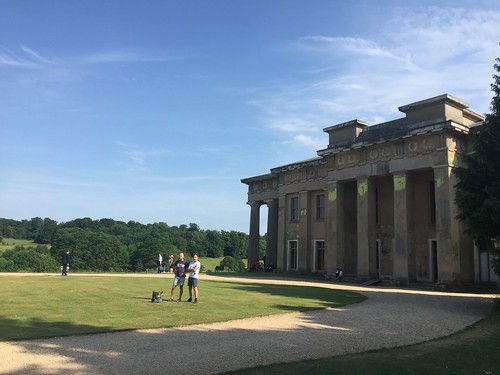 Grange Park Opera is one of England’s several country house opera venues, where a group of passionate opera lovers have succeeded against many odds, to set up independent and critically acclaimed seasonal opera companies. The house is semi-ruined, but a proper auditorium has been built, so the performances are weather proof. It is a truly glorious sight, as you walk down from the field  which doubles as a car park. 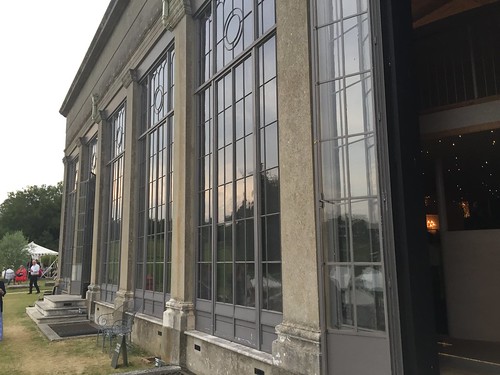 The tradition at country house operas like Glyndebourne and Grange Park is to picnic in the interval (s). (Performances start early to allow for this.) 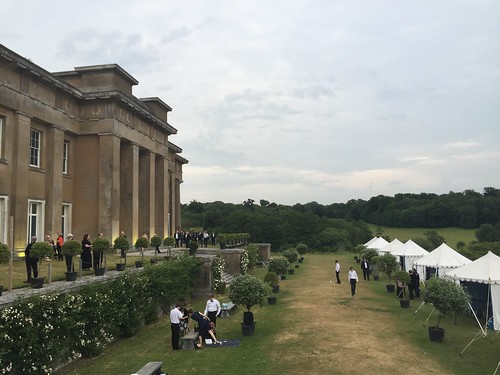 At Grange Park guests (who generally wear Black Tie – dinner jackets for men, and long frocks for women) arrive from 3.30pm (2.30pm on Sundays). They walk in the park, eat some of their picnic, have tea in the library or enjoy a glass of champagne before the performance begins at 5.20pm (4.20pm on a Sunday). 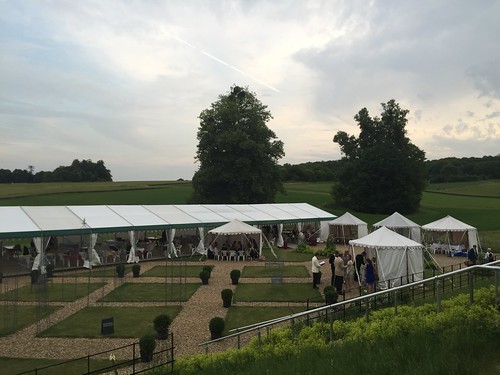 Guests have the choice of reserving either a private pavilion so you can eat your picnic in a private Raj-style tent, or a table in the festive atmosphere of the Long Marquee, as we did. You can also use the tables and chairs dotted around outside, or flop on a picnic rug on the lawns or, if picnics are not your thing, you can pre-order a very smart dinner in the house. 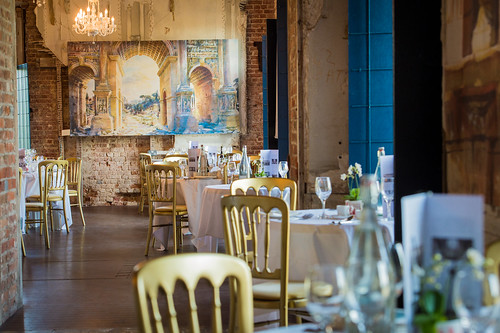 You can also order a picnic from Fortnum & Mason, which will wait for you on site or, of course, take your own, which is what we did. Shake-it-up salads in Kilner jars, green bean and asparagus salad with caramelised shallots, good cheese, and Madeira cake strawberry and marscapone trifles, all of which I made in an hour that morning. 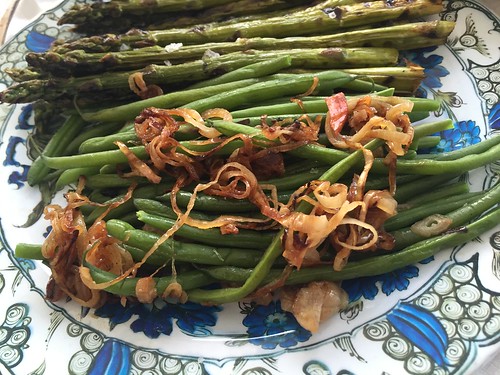 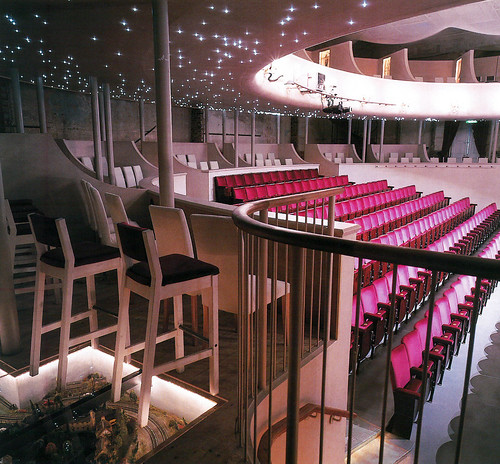 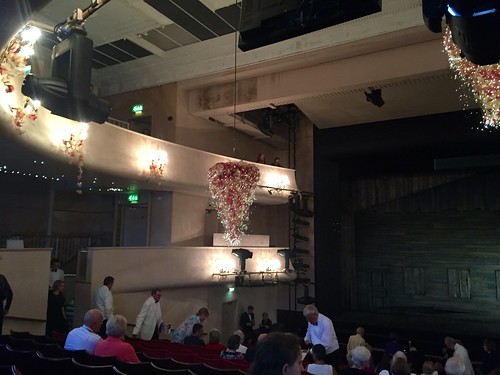 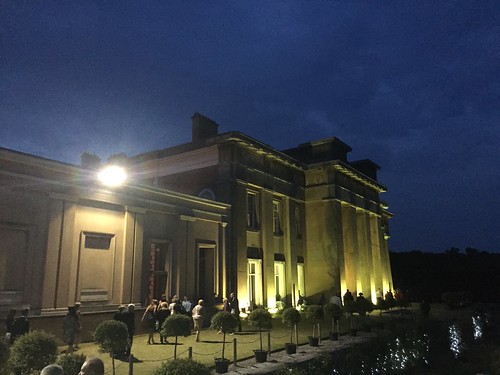 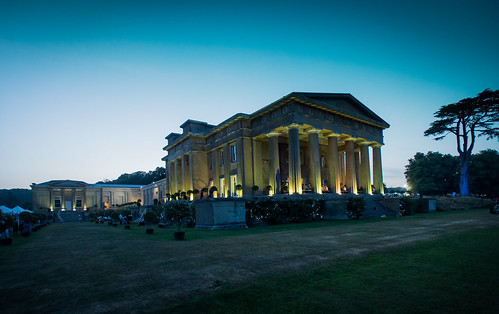 Because the performances finish around 2230hrs, Londoners often decide not to travel the two or so hours back into the city on the same evening. We found a lovely hotel, Audley’s Wood,  just outside Basingstoke, where we had lunch and changed before the performance, before continuing on about twenty minutes to Grange Park. (This was perfect, as it meant afterwards, by driving north to the hotel rather than, say, to Winchester, we were already on the way home.) 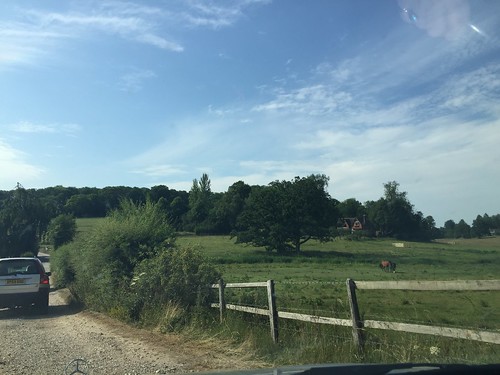 Grange Park is down a very rural track – I’m glad I didn’t drive us down in my little sports car with its low chassis. Here’s my mama concentrating hard. 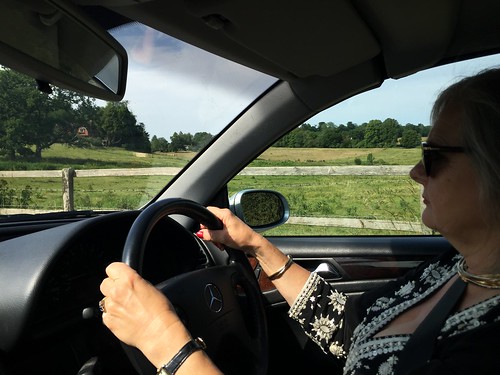 Two warnings: if you just put Grange Park Opera into Google Maps it will take you straight to their administrative offices, about fifteen minutes away in the wrong direction, as we discovered to our cost, so do prepare in advance and use the instructions on the Grange Park website itself.

Secondly, we left London at 1230hrs on a Friday, encountering no traffic or delays, and arriving at our hotel in perfect time around 1430hrs with ninety minutes or so to check in, eat a late lunch and change into our formal Black Tie. (We wanted to be at Grange Park about an hour before kick off, so we could set up our picnic and wander around the grounds.)

That evening the performance was heavily delayed as several members of the cast were caught in delays on the motorway, and one critic just turned around and went home after hours spent trying to get through London.

If coming from London, allow lots and lots of time to get through rush hour traffic and the M25, or take a half day and leave early like us, or take the train to Winchester and get a cab – about twenty minutes away. 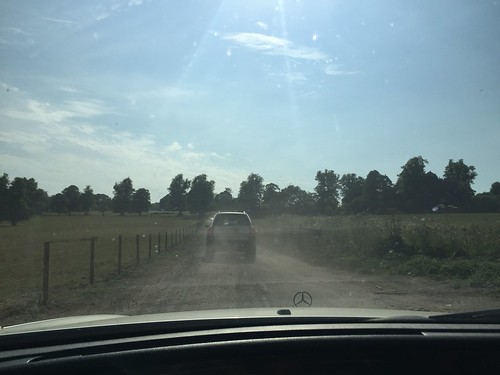 How to listen this evening (and for the next thirty days!):
You can listen to Radio 3 on digital radio, via TV, mobile, laptop and tablet and in the BBC iPlayer Radio app, live or on demand for 30 days, depending on the platform, as well as on 90-93 FM.