Travelling to Detroit with Virgin Atlantic 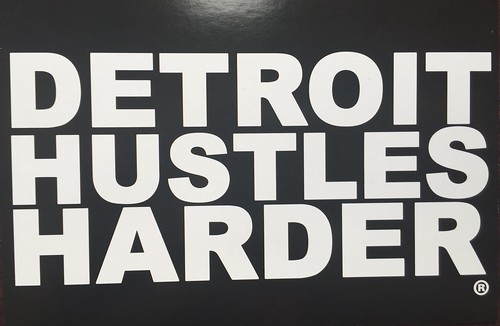 On Thursday morning a group which included journalists, VIPs, entrepreneurs, business mentors, travel agents, Motown musical artists, me, and the irrepressible Sir Richard Branson all flew to Detroit to celebrate Virgin’s new US hub and the inauguration of the London-Detroit route. It’s a huge mark of confidence in the regeneration of Detroit, which filed the largest municipal bankruptcy case in U.S. history in 2013. 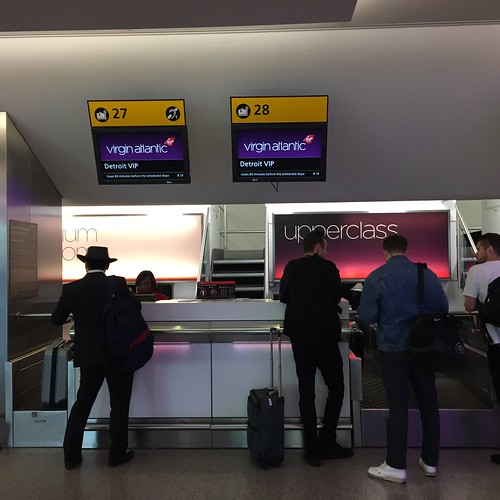 oh HELLO shiny class! I was quite worried about the flight, as it’s only been five weeks since my operation, so thank goodness for being propped up with pillows the whole way there. 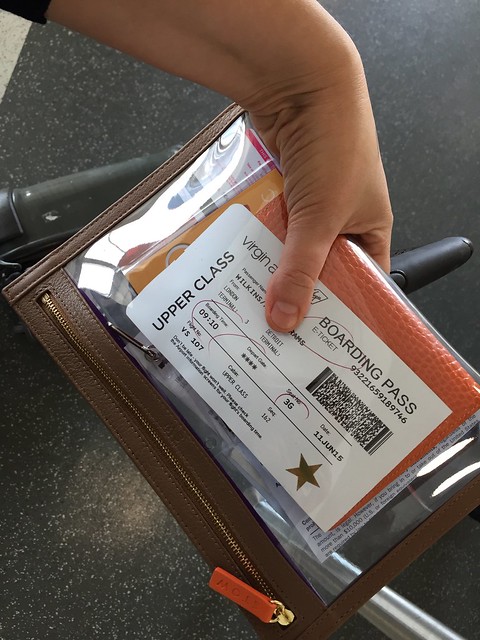 (Thank you to Stow London for the lovely personalised See-View Travel Pouch.) 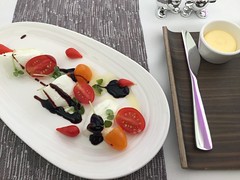 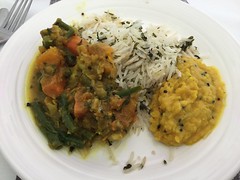 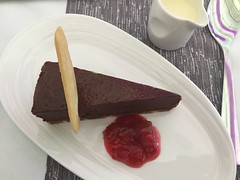 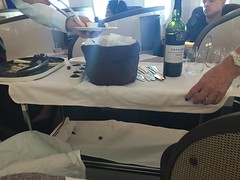 I happily ate my way though all three courses, and topped it all off with some cheese. (I’m sure there was a tiny hole in my tummy that needed plugging.) I had just settled down for a snooze, when this happened: a large chunk of the excellent cast of Motown: The Musical performing all the way down the plane. (Coming to London in 2016.) 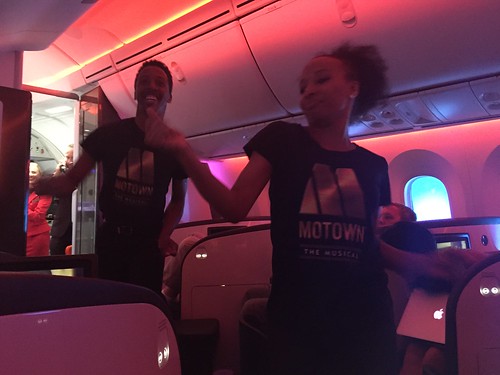 Really, the only way to continue was to to sit up and have afternoon tea. Of course it was. 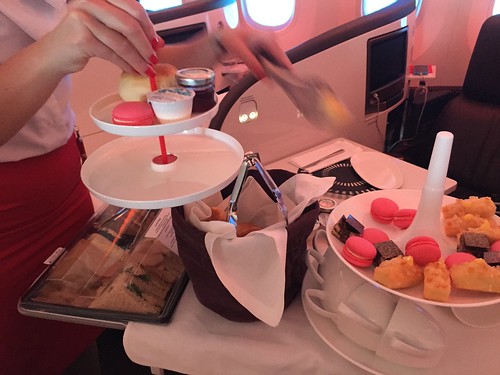 We arrived around lunchtime in Detroit, listened to Sir Richard and the Mayor of Detroit welcome us to the city, and then headed Downtown to our hotel. Detroit is nothing like I expected: green, sprawling and packed with art deco skyscrapers. 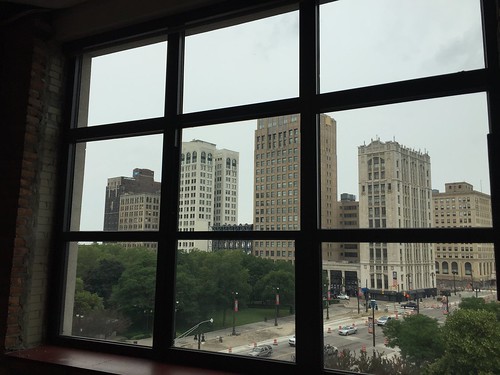 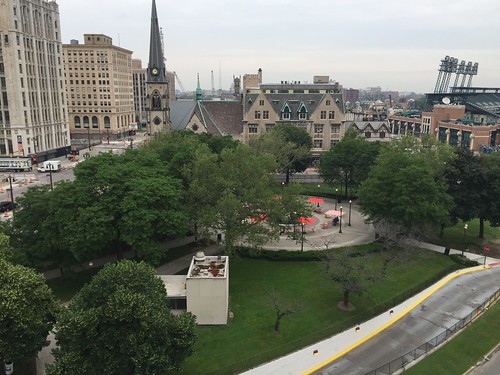 This was the atrium of our hotel: the Aloft, in the Charles Whitney building, formerly a 100 year old shopping arcade and offices. 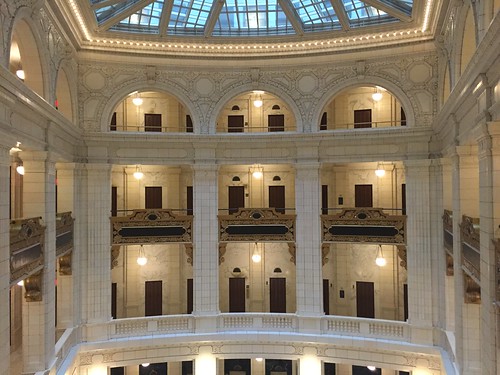 The crew checking in: 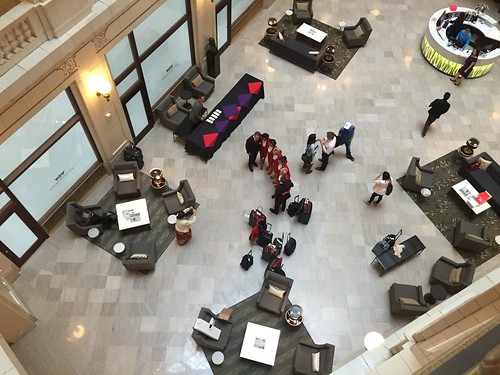 After unpacking and a little light emailing, we all walked a few blocks to the Punchbowl Social a bar/bowling alley for the welcome party 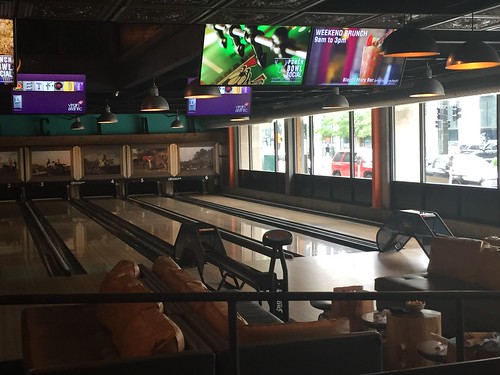 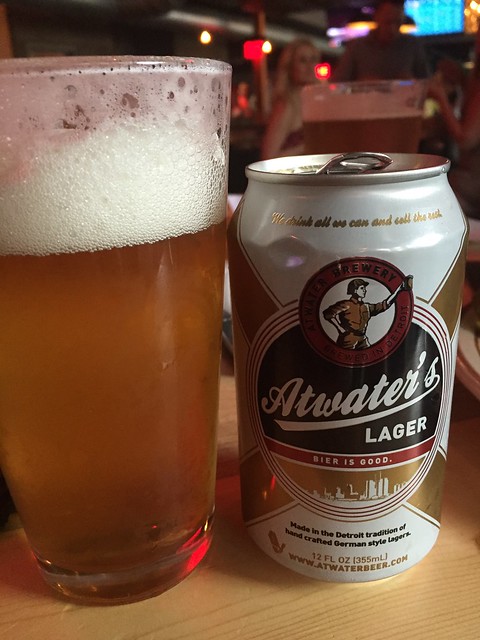 and a few local Detroit beers, (excellent – especially the Raggedy Ass IPA), before I sloped off to bed, leaving the Virgin crew to get the party started.

The flight: Virgin Atlantic launched direct daily flights to Detroit from 1st June 2015. It is the only British airline to fly direct into Detroit and forms part of Virgin Atlantic’s partnership with Delta Air Lines. The addition of Detroit opens up the US for Virgin customers who can now easily connect to over 200 US destinations including New Orleans, St Louis, Indianapolis, Salt Lake City and Nashville with Virgin’s partner Delta.

How cool that the cast of Motown the Musical performed on the plane! Great to see efforts being put into regenerating Detroit and I’m sure the opening of the Virgin route will be really helpful for that. Love your travel pouch too, very handy