The 100 Years of Maserati Garden Party at Wormsley, Buckinghamshire 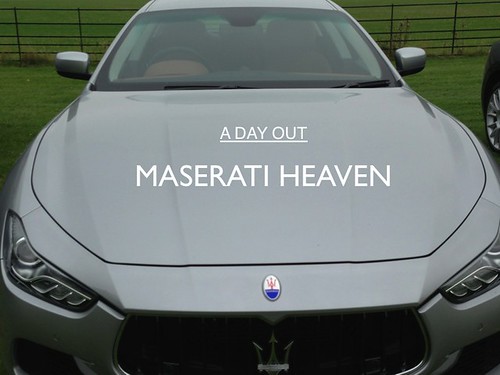 It’s no secret that I like driving. A lot. I drive a sports car as my regular London wheels, and I grew up with  a confirmed petrol head as a father, who takes me on track days, and whose mantra is ‘can you go a bit faster?’

So when HR Owen asked me if I would like to borrow the new Maserati Ghibli for the day, to drive up to the magnificent setting of the Getty family’s private estate, Wormsley, near Stockenchurch for the 100 Years of Maserati Garden Party, it took me less time than the Ghibli can do 0-60 to say yes, please. 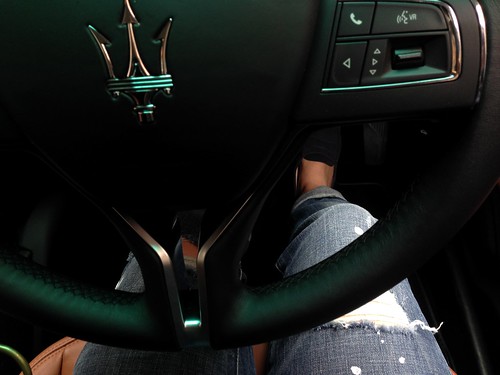 The Ghibli is marketed as a saloon car, so in order to test out its roominess credentials, I invited along one of my oldest friends – Clare and I have been friends for twenty-five years. (Christ.) She comes with a husband, two children and a dog, so we packed them in too. 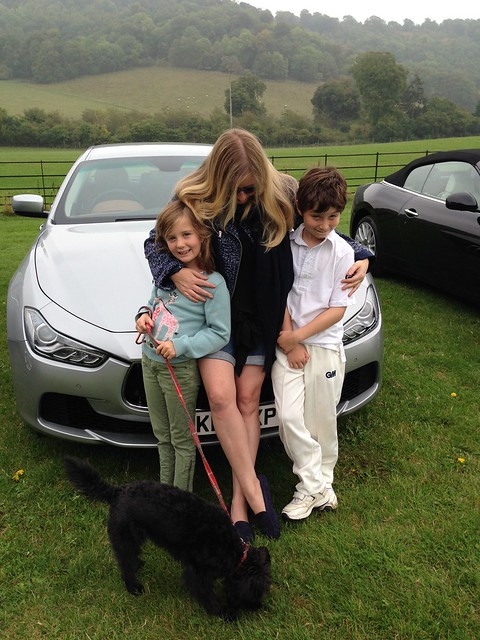 It’s tricky getting all four of us to look cute for the camera simultaneously. That’s Loulou on the left, and my oldest godson Oli on the right. And, of course, Coco Hula Hula Chanel in the front. 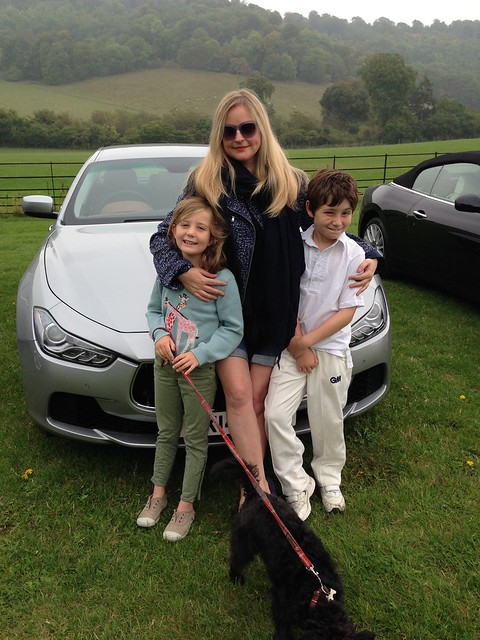 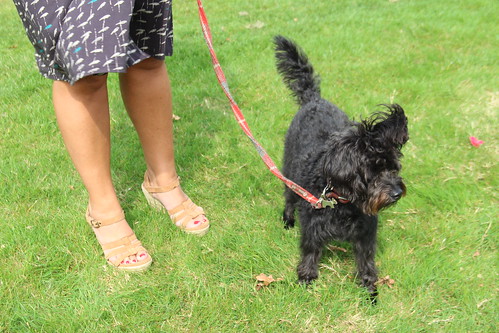 We had a great drive up to Wormsley: the Ghibli has a sports mode which really packs a punch, and it’s as responsive a ride  going through Hyde Park, as it is on the motorway.

There were 100 Maseratis planned for the anniversary money shot at Wormsley, and the Ghibli joined the line up. 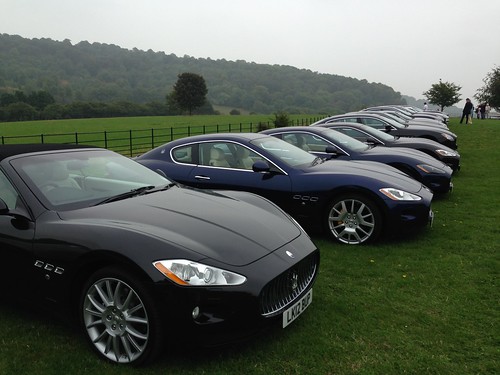 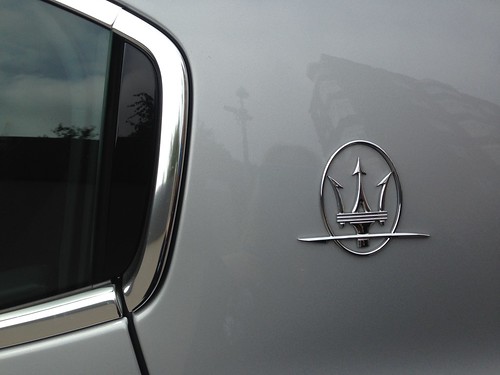 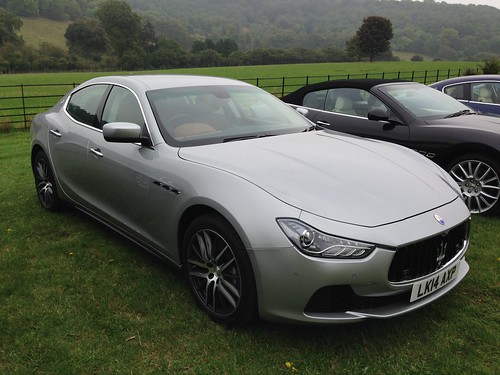 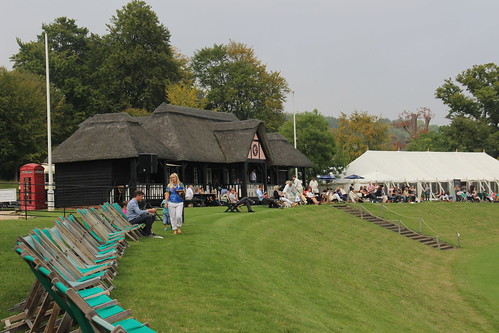 During the day the ground at Wormsley hosted an England vs Italy cricket match, between a Royal Automobile Club RAC XI and a Maserati XI. 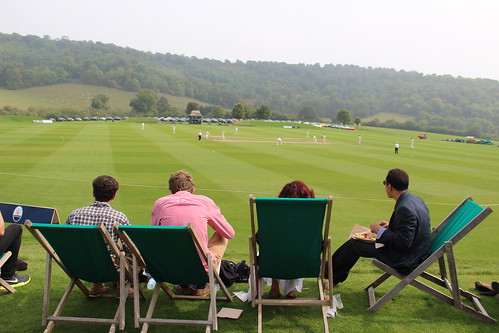 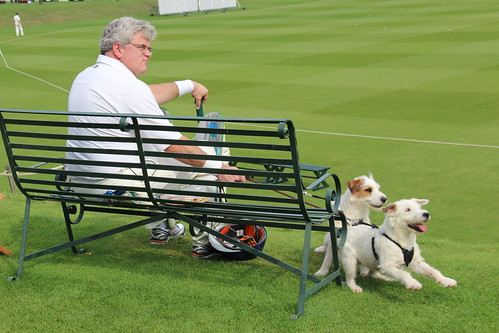 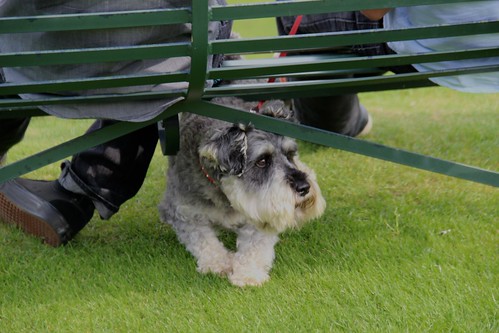 Then it was time for lunch. 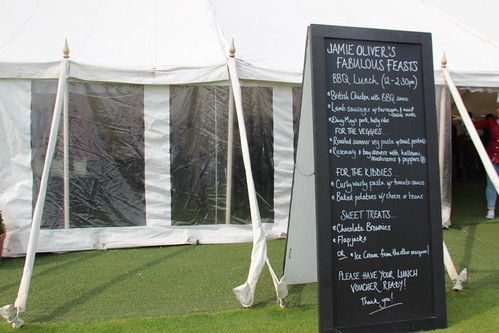 The  younger Maserati enthusiasts were not forgotten, either, with cricket coaching in the nets by former professionals and ECB coaches, a bouncy castle,  Scalextric racing, and a magician. Here’s Oli in the nets: 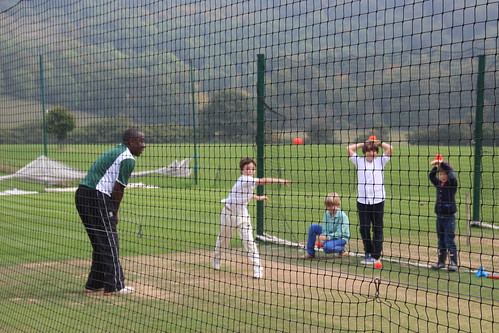 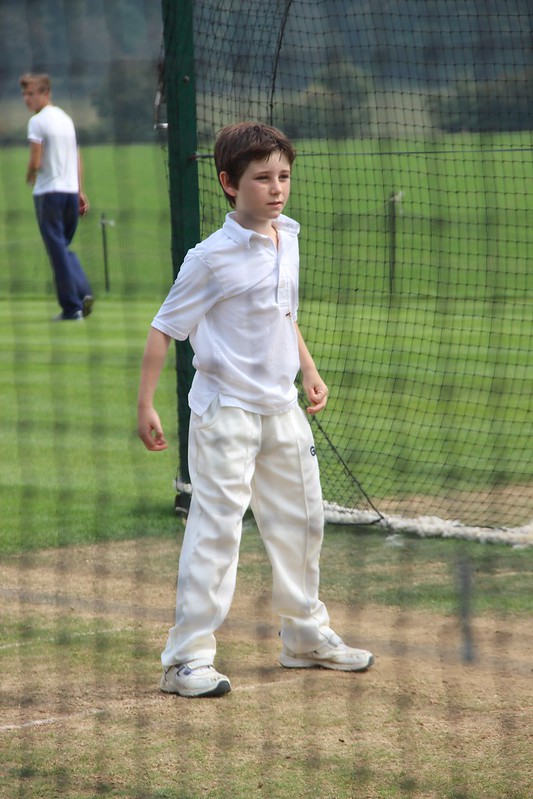 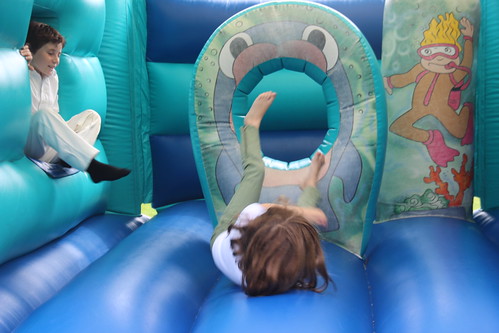 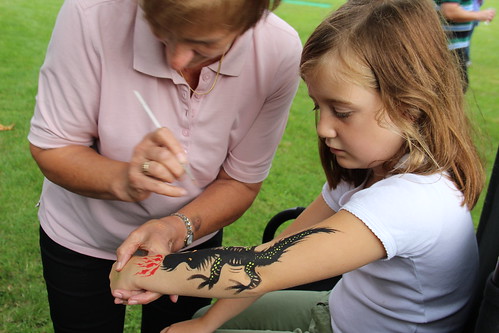 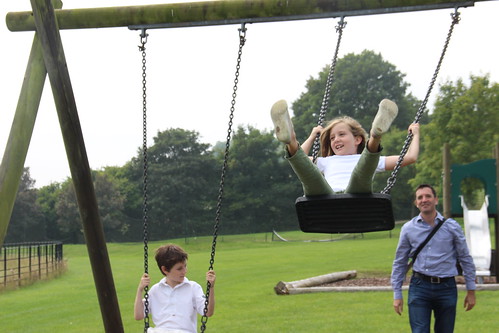 We were so exhausted by the time we returned home to Highgate that godchild extraction from the cocooning reclining seats took some time. I don’t blame Oli: the padded leather seats wrap around the body, with quite astonishingly good lumbar support. It’s hands down the most comfortable car that I have ever driven. 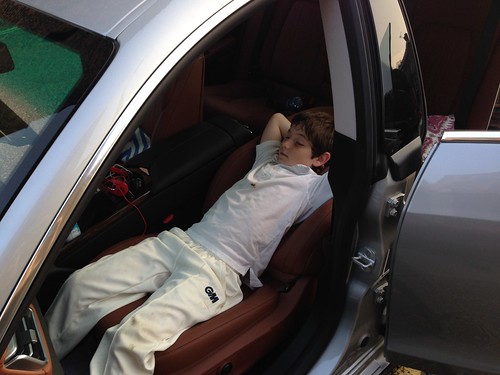 I swung by my sister’s house to pick up P Bad on my way home. I think it’s fair to say that she approved of her new transport. 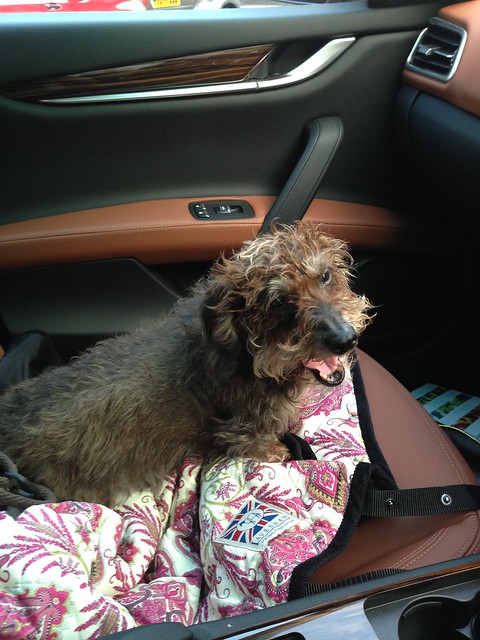 I returned the Ghibli on Sunday morning to HR Owen in South Kensington with much regret. 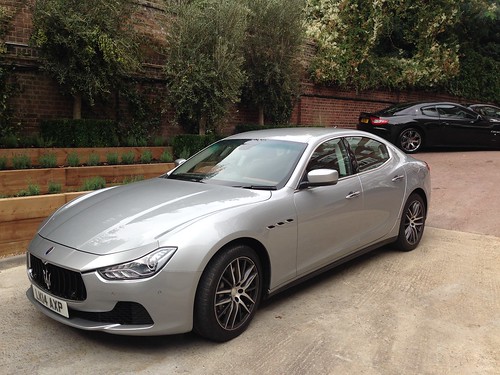 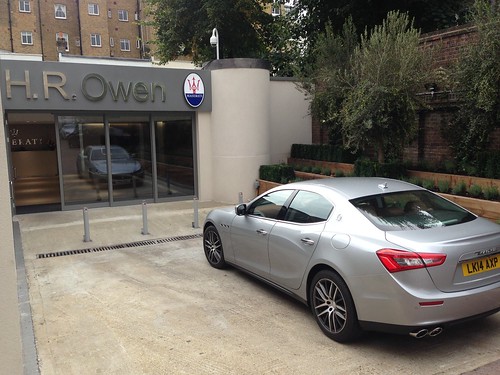 Recipe: A Mexican Pizza (sort of). By way of Highbury and Camden.

LLG Plays & Stays, My Life in New York, My Travels