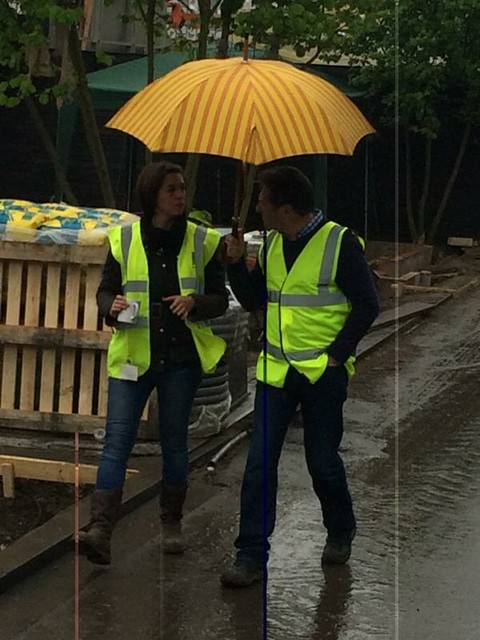 I am absolutely thrilled to properly kick off this week’s LibertyChelseaGirl project to celebrate the  Royal Horticultural Society’s Chelsea Flower Show with an epic A Day in the Life from Kate Gould, a Gold Medal winner at Chelsea, which opens to press today – Monday, members on Tuesday and Wednesday, and the public from Thursday – Saturday.

This year, Kate is assisting  Alan Titchmarsh, probably Britain’s most famous gardener, with his Britain in Bloom 50th Anniversary garden.

The garden, which will be called ‘From the Moors to the Sea’ is to be designed both in celebration of the 50th Anniversary of RHS Britain in Bloom and Alan’s own fifty years in horticulture.

For A Day in the Life, Kate has given us both a view into the hard, hard work that goes into building a Chelsea garden, and a photo diary showing the gradual transformation from building site to garden over six days. Later on in the week, I’ll show you the finished garden 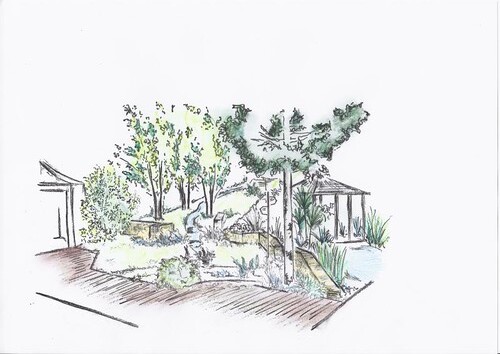 Kate is an award winning garden designer with more than a decade’s hands-on experience transforming gardens of all sizes and a regular exhibitor at the RHS Chelsea Flower Show where she has been awarded three Gold medals. Kate works closely with her partner Leo who is also a partner in Kate Gould Gardens, and his background in landscaping and bringing a garden design to life is a huge asset in the day to day business.

Over to you Kate:

I used to find it easy to get up early but as time passes I find I am more inclined to ‘just another five minutes’ in bed after my alarm goes off at 6am. This past week has been different though because we are building at the RHS Chelsea Flower Show and my phone now makes its annoyingly antisocial electronic alarm call noise at 5.15am. Instead of pressing snooze I am up like a shot. Albeit a slightly disorientated shot. I love being on the show ground at Chelsea and so even though it’s early I am keen to see what the day has in store for us. 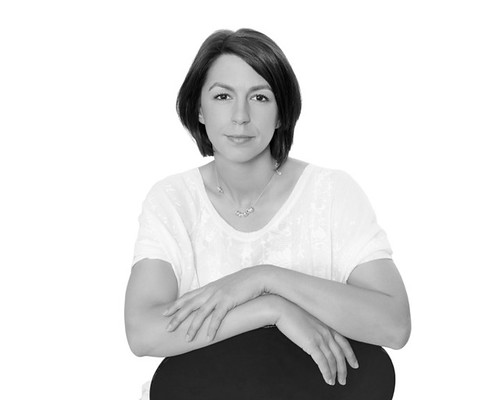 5.15am My alarm goes off and I get out of bed, navigate a chair a sharp left turn in the corridor and I’m into the bathroom. Somehow I manage to wash my hair with conditioner this morning which sets me back time wise as I re-wash it.

5.30am. My partner, Leo and I pass in the corridor acknowledging each other with a nod. Conversation will follow after coffee later on. I look out of the window and check the weather. Thermals or no thermals? It might be May but I hate being cold and the show ground at the Chelsea Flower Show can be chilly. Today I opt for thermals.

5.55am. We are both dressed, ready to go and know that one of us will have forgotten something (it turns out later that this is a brass porthole for the beach hut) but we head out nonetheless. Leo drives and we go in the truck which has more cup holders than necessary but since we both function on caffeine pre 7am that’s a good thing.

6.15am Stop for coffee. I have to tell them my name for the cup. It’s 6.15am and I’m the only one there. Why do they need my name? I decide to be called Bob, if only for my own amusement.

7am. The traffic has been kind and we arrive and park up, don our hi-vis and safety boots and walk through the gate into the show ground which even at 7am is bustling with life, noise and the smell of construction (which is a mix of diesel, cement, stone dust and testosterone).

9am. After a couple of hours laying out the planting on the vertical face of the waterfall and under one of the birch trees in the moorland section of the garden Alan Titchmarsh arrives to cast his eye over our handiwork. 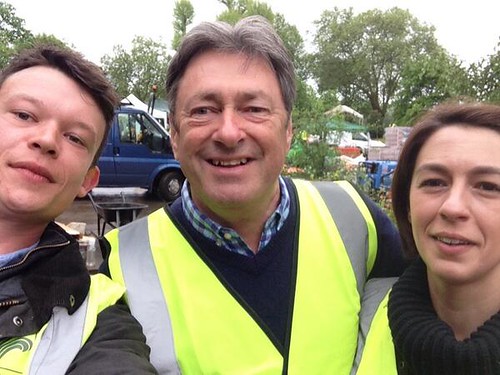 Thankfully he approves and after he has had his photo taken with everyone and one of the Australian crew working with us has given him a bear hug that takes him two feet off the ground we set to ‘planting’, which at Chelsea often means simply sinking the plant complete with its pot into the ground. Hours pass swiftly as we fine tune the scheme and before we realise it is well past lunchtime.

1.45pm. Leo brings me some chips and a coffee. We rarely sit down to eat together during the day and whoever stops first often gets lunch. Today mine is launched at me as Leo passes by on a telescopic carrying a rock weighing several tons. This may seem odd but in my line of work it is quite normal!

2.30pm. The rain had been pretty incessant today and I am now cold and wet with knees so muddy that I know it will have gone through my jeans. Nonetheless we press on and achieve quite a bit. Alan faces up and eyes in the two large Cordyline australis as the guys offer them up via the forklift (they are big, half a ton, give or take and manhandling them is not an option) and helps backfill them.

4pm. Still planting and still raining (remind me why I do this again?!!).

4.30pm. Alan leaves for the day and the guys continue digging the pool which will act as ‘sea’ on the coastal side of the garden. It’s a big hole but once sand filled with a boulder edge it should look very effective. We are hoping to get some jets of water hidden behind some of the boulders to provide a lapping effect as you would expect at the seaside.

I can feel myself flagging. Usually I eat more during the day but today I have had very little and my energy levels have dropped.

7pm. Clean up time. It is so muddy on site that there is only so much sweeping that can help so we tidy up as best as we can and hope for a drier day tomorrow.

7.30pm. The Australian team head off to the pub and even though Leo and I are both tired we follow. Three hours later having pulled copious stomach muscles from laughing too much as stories are exchanged we head off home.

11.15pm. Exhausted we stumble through the door, have a brief glance over the post pile which is growing rapidly and then it’s a dash for the bathroom and then bed.

I remind myself to pick up the porthole tomorrow. Leo has propped it against the front door so it should be impossible to forget it, but you never know with us pre coffee.

I’m asleep before my head hits the pillow.

‘From the Moors to the Sea – a celebration of RHS Britain in Bloom’ garden will represent how the 300,000 volunteers literally do help to make Britain bloom. The journey starts in the Yorkshire Dales where more than fifty bloom groups work year round to transform their local streets and neighbourhoods and where Alan was born. It finishes with a Seaside scene to depict the Isle of Wright where civic pride has united Bloom volunteers, schools and businesses and where Alan has a home and garden. 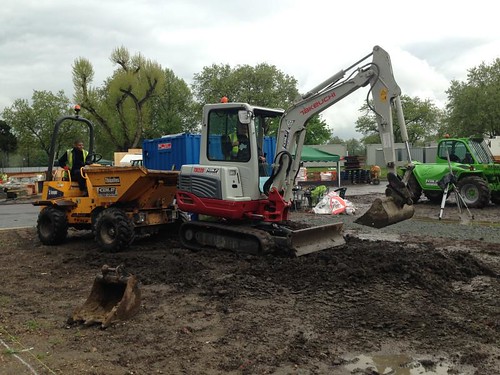 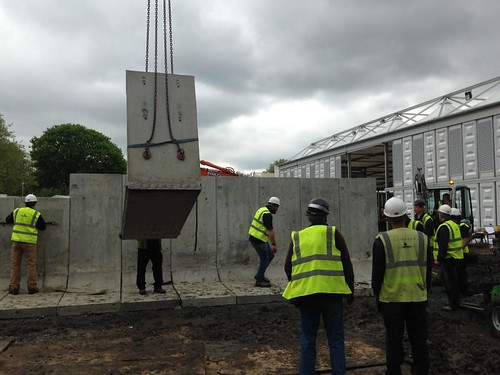 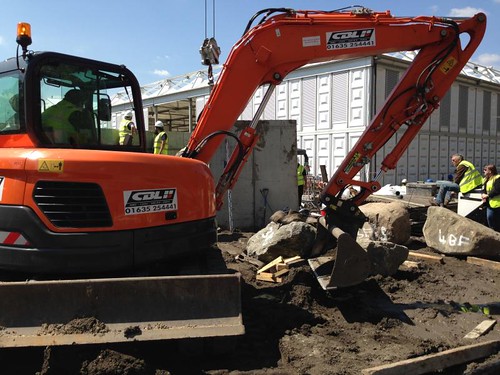 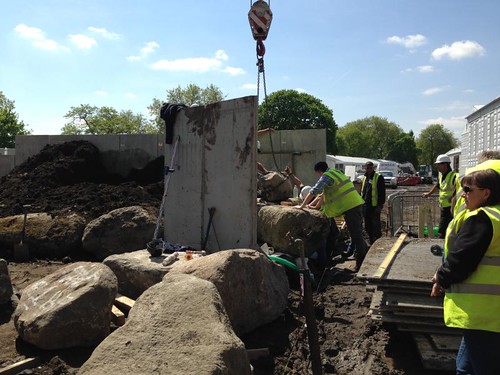 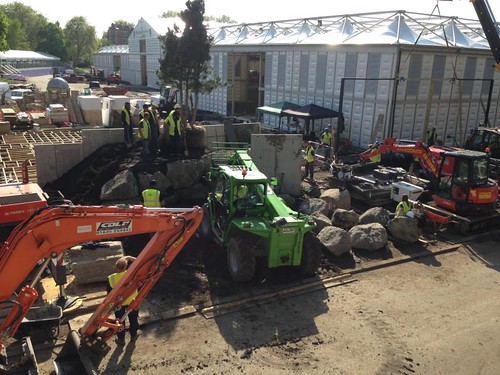 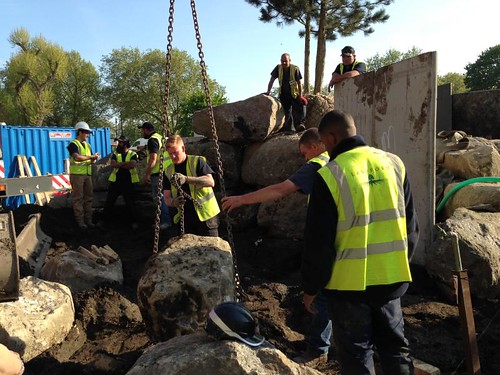 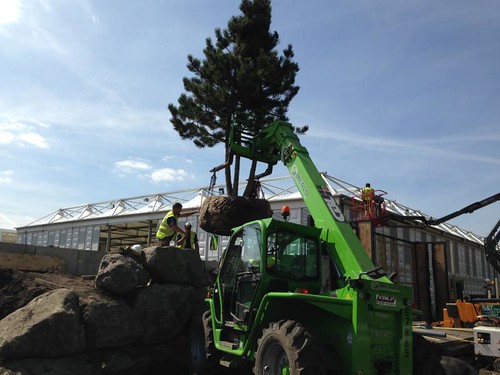 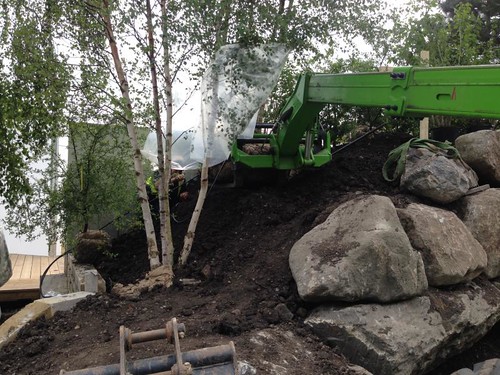 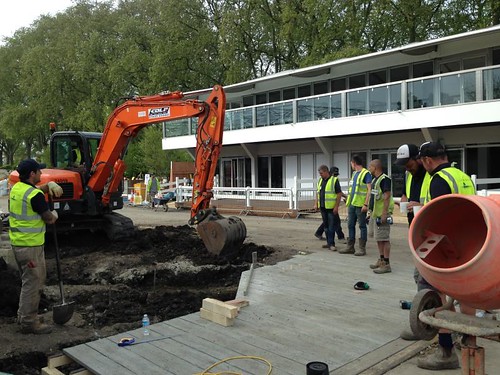 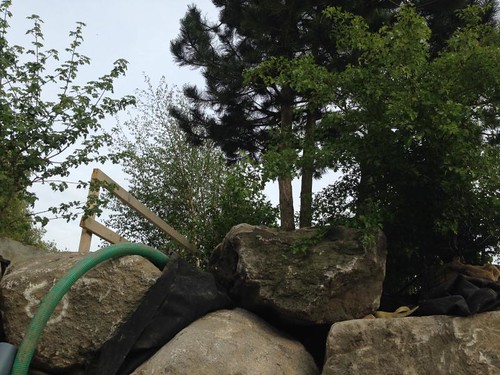 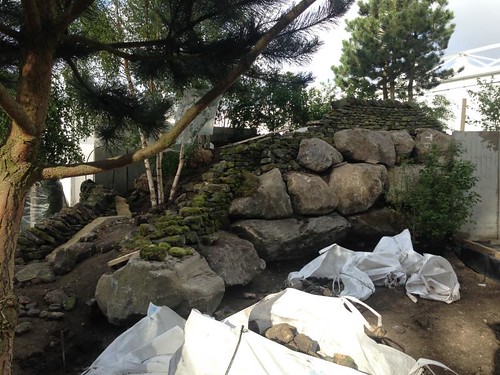 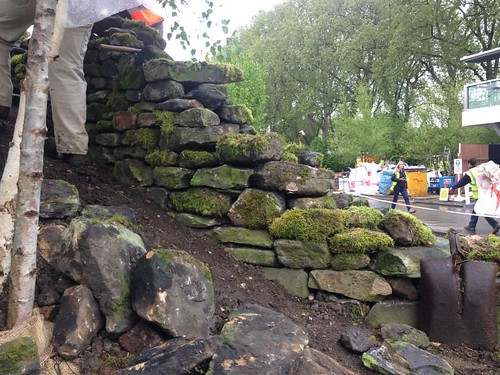 A Day In The Life – Catherine Ryu, Women’s Creative Director, Citizens of Humanity

This is absolutely fascinating – it is interesting to see just how much work and long days go into these beautiful exhibitions. Thank you for sharing!

This is so interesting! I can’t wait to see the finished product! I wish I had tickets to go this year! xx

This is so fascinating! Thanks for the insights!