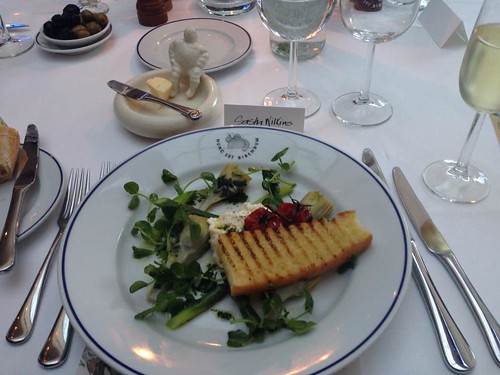 I know that as one gets older that time is supposed to speed up, but it really does feel like the weeks go by on roller skates at the moment. I just looked at my diary to see what I had done this week and Monday feels like yesterday. On the plus side, I do seem to have achieved quite a lot, especially on the kitchen and office sorting front and, for the first time in about six months, my home feels like an ordered place, rather than a depository of STUFF.

(Only now am I starting to understand my father’s obsession with black bin liners (garbage bags): the satisfaction of clearing out a cupboard and lugging yet another bag packed with junk to the kerb is immense. When we were little unless you superglued your possessions to your room, he was likely to just thrown out anything he considered extraneous. I once caught him binning my Art GCSE coursework because it ‘looked messy’.)

I started the week in Chelsea with Brig, at The Saatchi Gallery for The Craft Council-sponsored annual international design show Collect, before lunch at The Pantechnicon in Belgravia, chosen because it is charmingly dog-friendly. 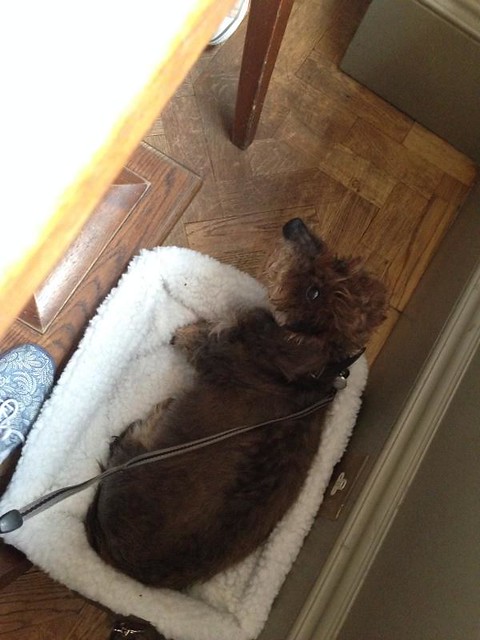 We put Posetta’s car seat on the floor between the table and the wall, where she snoozed happily, until we started feeding her Brig’s leftover pieces of delectable roast beef.  At which point she became a ravening beastie. Unsurprisingly: it was delicious. 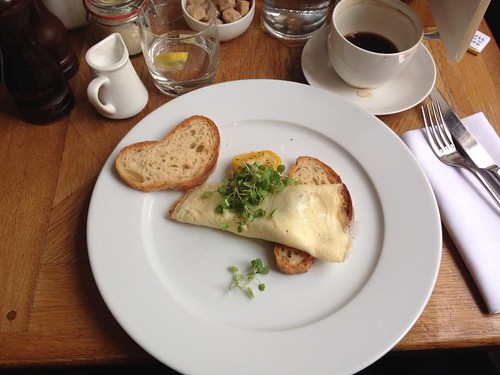 However there was no way she was getting any of my lunch – I don’t know where they get their eggs from, (bantams? Quails?) but this is the most parsimonious three egg, and £9, omelette I have unhappily come across. (I wouldn’t have minded *quite* so much if they hadn’t made a point of enumerating the egg quantity in the description.)

Its advertised filling of wild mushroom and sun blush tomato translated as one half of a mushroom and a piece of tomato. Yup, really. I was deeply unimpressed. And hungry afterwards. 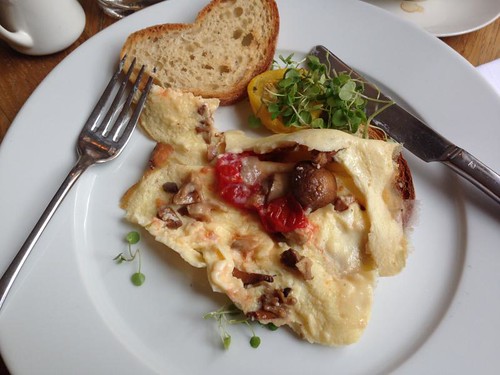 Sadly for me, things continued downwards. I ordered cheese for pud, given that I was really hungry still (no breakfast). You’d have thought in a restaurant that has its own washed rind cheese, that they would keep it properly. Or maybe they just really like ice cold cheese, straight from the cold store? That went straight back to the kitchen. 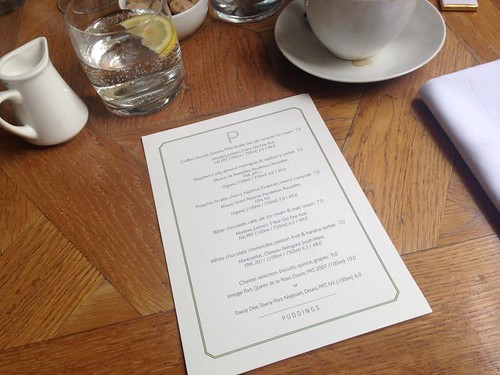 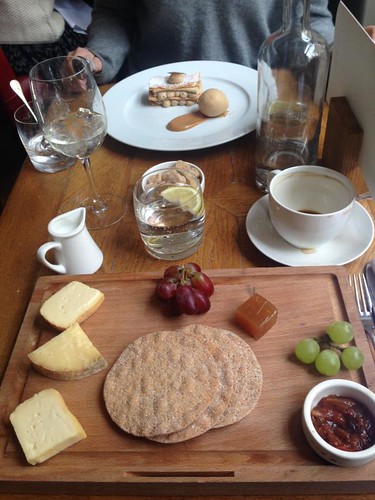 Monday was a writing day, but the evening was very special indeed. I had been invited to Parliament to attend  the Ethics and Sustainability in Fashion Parliamentary Reception, as a supporter of Fashion Revolution.

The Institution of Occupational Safety and Health (IOSH), Fashion Revolution Day UK and the All-Party Parliamentary Group on Ethics and Sustainability in Fashion hosted a  Round Table discussion to commemorate the deaths of workers in Bangladesh Rana Plaza disaster (24 April 2013), highlight what health and safety improvement has been achieved so far and what still remains to be done, and raise awareness and gain support for health and safety improvement in supply chain management.

It was a kick to see my portrait up there, and a privilege to support the cause. 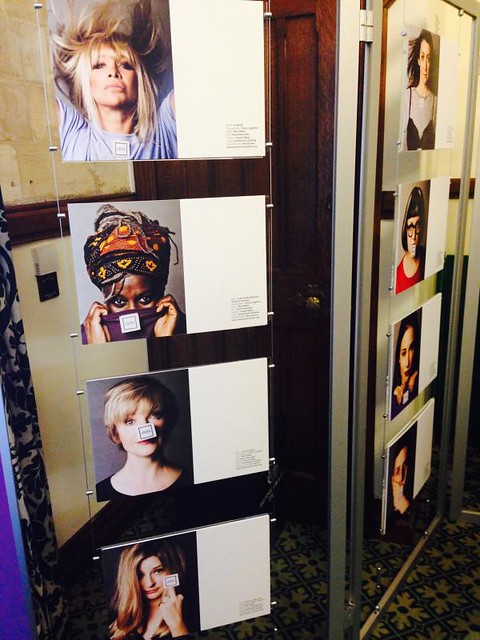 Here’s Grace with hers. 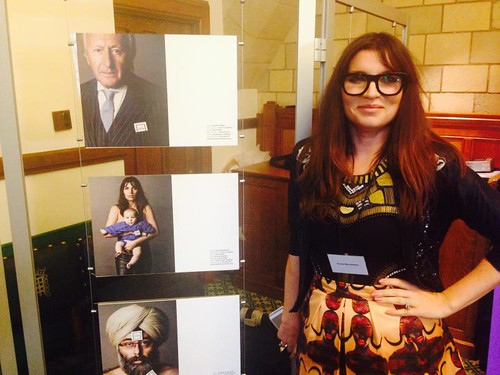 And Caryn’s fantastic portrait. (All shot by Trevor Leighton.) 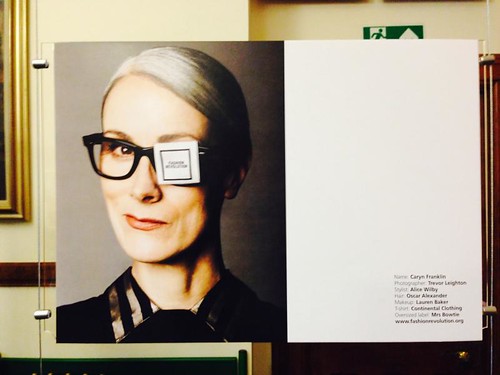 If you would like to know more, check out Fashionrevolution.org

I had driven in and, delayed by too much talking, had to run across Parliament Square, much to the amusement of the armed police, to jump in my car and get to Bibendum at Brompton Cross on time for a supper to celebrate Matthew Harris’ twenty years at the glorious restaurant. (Now THERE’s a restaurant where they keep cheese to perfection. I salivated over the cheese trolley and, of my three cheeses, ate something delicious and entirely new to me – an Oxford Isis, a washed rind full fat soft cheese, the rind of which is washed in Oxfordshire Honey Mead. 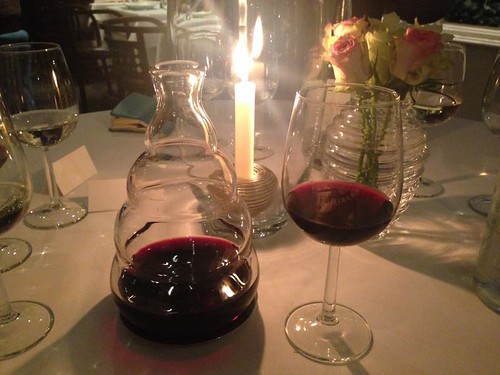 On Tuesday evening there was more food, in the shape of the Fortnum & Mason Food and Drink Awards at the store on Piccadilly. I took Miss P as my guest – she is a serious wine person, so who better?

We had a most enjoyable evening, in a room packed full of wonderful people. Grace was there again, which was fun, along with pretty much anyone I’ve ever met in food publishing, and fellow Northampton-ite Frances Quinn. Most excitingly, I met both Jill Norman and Claudia Roden, so you can stick a fork in me – I’m done.

Wednesday licked off with a meeting over rhubarb compote and housemade granola at The Wolseley, before a wonderful appointment at the studio of young handbag label Milli Millu. LOVE their pieces. 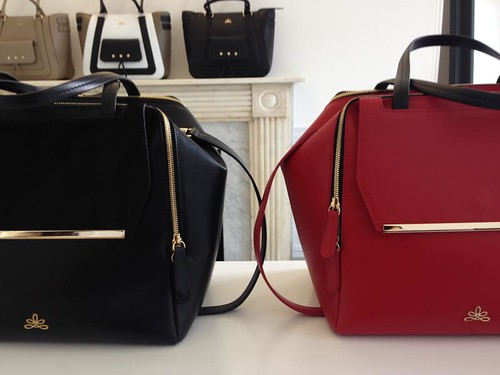 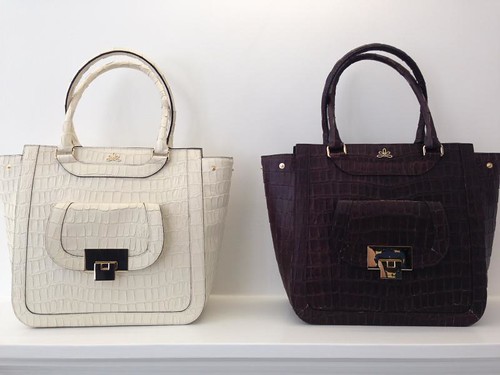 And popped into Tod’s to discuss a project 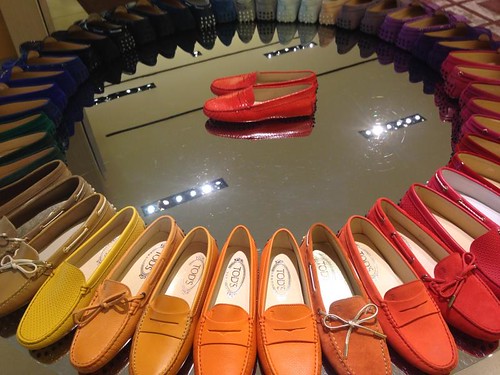 There was a launch event for the new Tumi store on Regent Street. Have you entered the Golden Ticket competition yet? 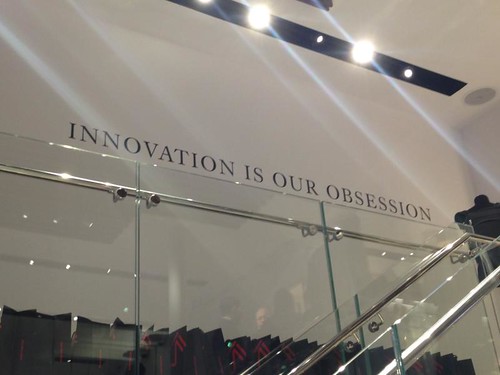 Marks & Spencers showed their AW14 collections on Thursday – if they have anything to do with it, the British woman will be wearing a lot of jacquards, along with fake fur chubbies next season. (I thought it all looked great – I just hope I can find it all in store.) 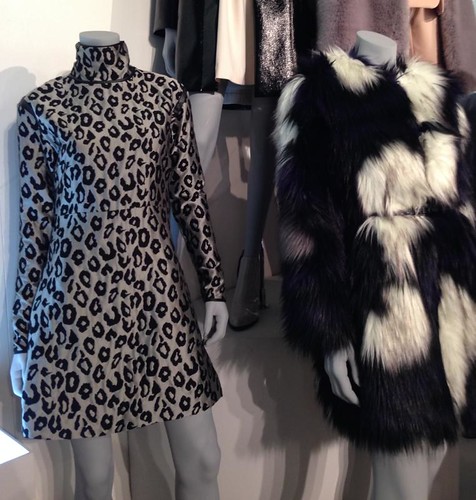 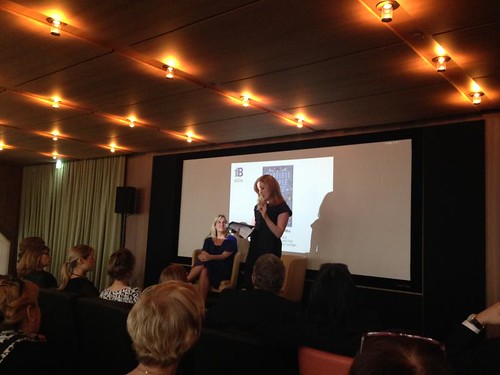 In the evening I went to the Cafe Royal for the inaugural public The Books that Built Me, hosted by Helen Brocklebank of Harper’s Bazaar. Her guest was Sarah Churchwell, author of the recent Careless People: Murder, Mayhem and the Invention of The Great Gatsby, who discussed the books which had been a formative influence on her. (You may remember that I hosted a TBTBM tea here for Red & Wedgwood, which is where the idea came from) 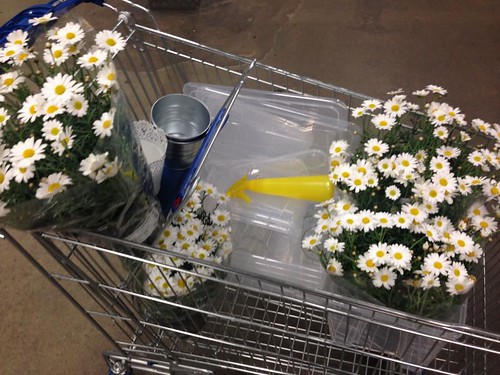 Because my life is ALL about the glamour, I drove from the Cafe Royal to IKEA at Wembley to feed my plastic storage box compulsion – and now my flat now looks very organised. I was also shell shocked to leave the store having spent under £25 – £24.50to be precise. Is that a record?

Friday morning I headed to Covent Garden to check out the new Golden Lane and Wild About Flowers pop on Monmouth Street. (If you head over there today – Saturday – there is 20% off to celebrate the Seven Dials festival.)

On the way back to the office I swung by Matches to meet Nikolas Minoglu, founder and CEO of Ancient Greek Sandals. (Matches are stocking some great exclusives this summer.) 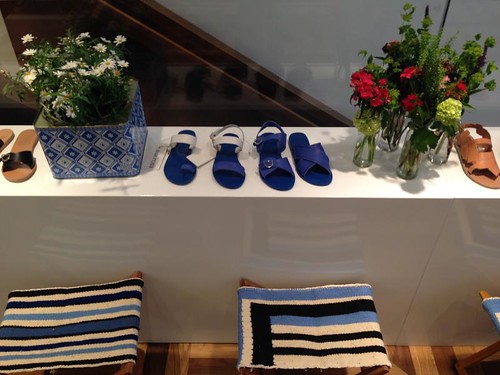 I’ll leave you with a gratuitous Posetta picture. 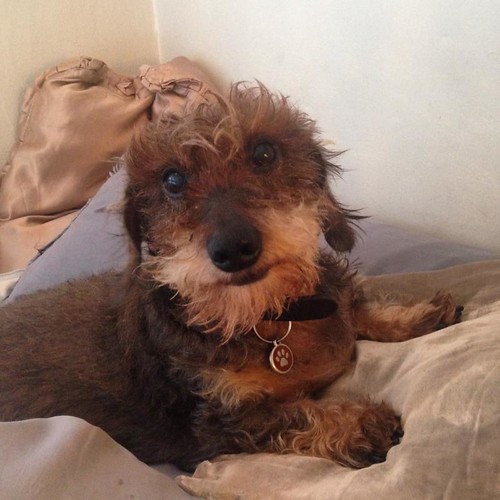 and some cherry blossom, growing out of a tree trunk on Primrose Hill 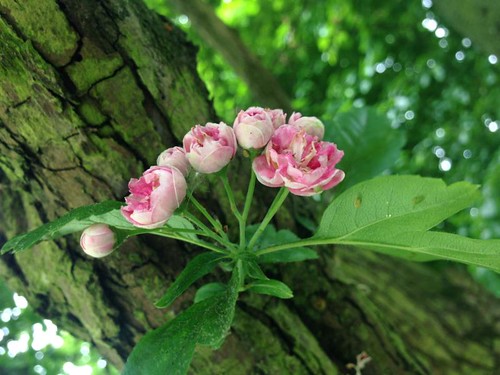 A Week of Whirling & Dinner with Gü

The most fabulous flowers from Wild About Flowers!