An Easter Weekend in Cambridge 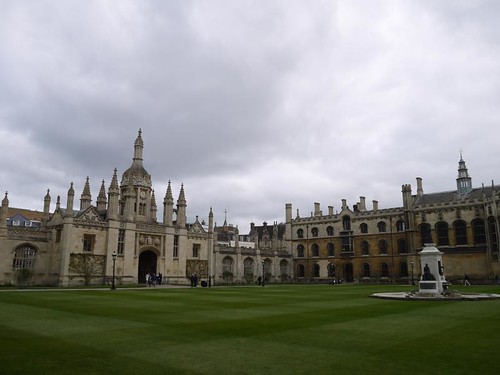 With a quite astonishing workload lined up for the four day Easter Bank Holiday weekend, I decided two days beforehand that what I needed more than being stuck inside over a hot laptop was a break. A proper break where I didn’t do email, or write, or worry. Good Friday is a proper holiday in the UK; lots of shops shut, and London is very, very quiet. So I took a train to Cambridge.

Rachel, mentioned frequently on this blog, a dear friend whom I met in Manhattan, now lives there. We usually frolic about in London, but it really was about time I visited her on her home turf. I have spent a lot of time in Cambridge over the years: before I was twenty I had two boyfriends in a row who lived in or near the city, two of my best friends from school did their A level re-takes there, several of my friends went to Cambridge, and my godmother lives close by. But that was all a long time ago, and I certainly haven’t spent more than a couple of hours in Cambridge for maybe ten years or more. (Bad of me really, because both Briony and my cousin Sadie live there.) 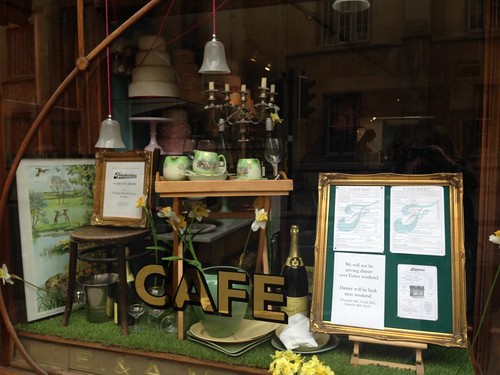 After discovering that most of the day’s trains were cancelled for works, I finally made it on Friday afternoon. We convened in Fitzbillies for a late lunch and restorative glass of Prosecco. I’ve eaten there before,  throughly enjoyed it (and written it up here), although I must be honest and say that this time my Cambridge Blue tart was a little too desiccated for total enjoyment, and the utterly charming service had much in common with snails. 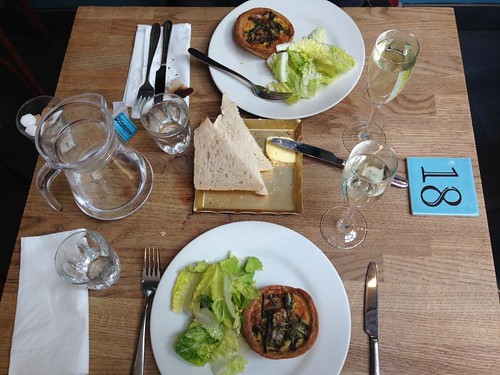 But the Chelsea buns, famed in this land, remain the same as ever, and the coffee was excellent rocket fuel. 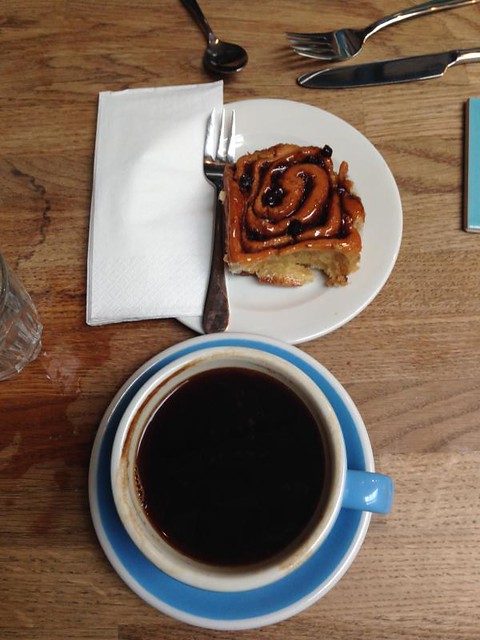 Then we wandered off to The Varsity Hotel, a new-ish boutique hotel where I was staying for the night (and of which more later), to check in and leave my bags. The hotel is in the centre of Cambridge, and a five minute walk from King’s College, which is how we ended up at Good Friday Evensong. 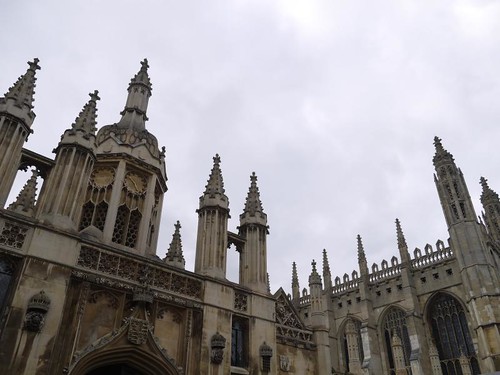 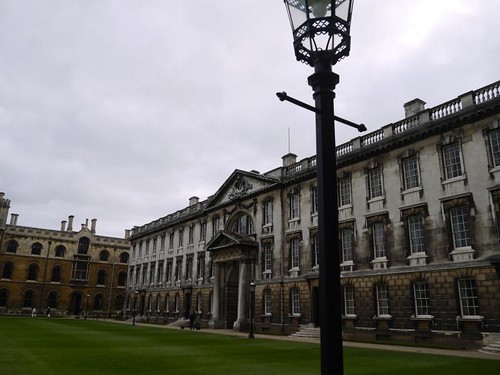 We queued up about twenty minutes beforehand, waiting in the quad, and were rewarded with wonderful seats in the choir stalls. I adore choral church music, and the service finished with a Tallis anthem of such beauty that I cried. It really was a sublime experience.

We came back down to earth and headed back to The Varsity, where we were meeting a friend for drinks on the roof. I’d heard that the hotel’s roof was a destination bar, but wasn’t prepared for the extraordinary views over Cambridge, nor for the sensational sunset. 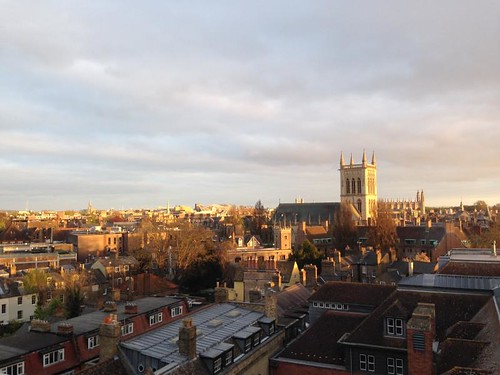 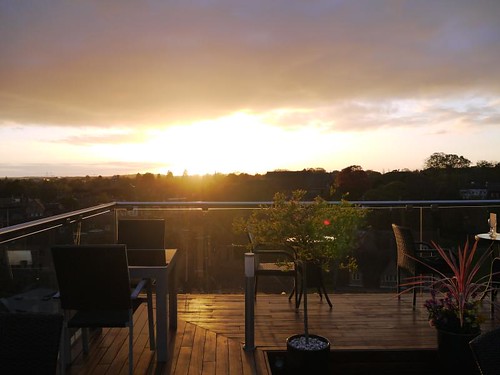 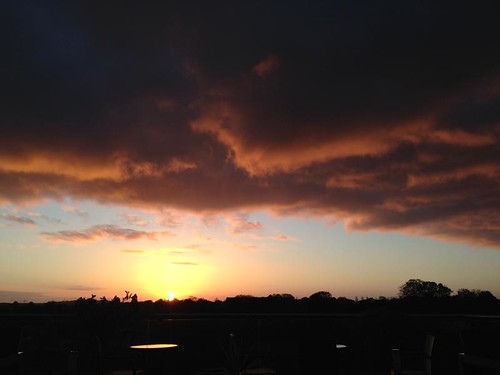 Wine drunk, we moved on the The Pint Shop.  It’s not how I remember Cambridge bars from my youth: it’s all clever fonts, stripped back lighting and bare wood. It harks back to Victorian beer shops in its simplicity; they serve beer and they serve gin, (many many types of gin), along with a small selection of whisky, and a moderate wine list.  There are ten beers on keg and six on cask, most of which are British, and all of which are from small brewers.

Being in the mood for simplicity,  we decided to eat there too, where unfortunately simplicity translated into omission in the kitchen. A chicory, sage & hazelnut Salad, grilled squash, was devoid of any seasoning or dressing whatsoever, so was essentially tasteless and not good in the eating. Fortunately mushrooms on toast, garlic & thyme were delicious and inhaled at speed.

Then we moved onto a private members bar, 12A, where I drank an excellent Old Fashioned, and curtailed my drinking sharp-ish. We did not do dancing, for which I am grateful. For that we moved onto a subterranean club, which reminded me all too strongly of my student days. I shall gloss over this section of this evening, although suffice to say that it ended up at a chip van in the market square.

Extremely annoyingly I woke up at 8am after just five hours sleep. Rach and I had planned to go to the excellent hotel gym (in an adjacent building with a huge scissorbeam roof), but we were far, FAR too hungover. Eurgh. 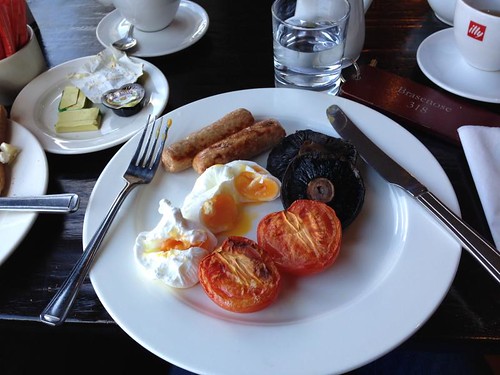 I stared at the punts below the hotel restaurant window, contemplated a walk, and went back to bed. Eventually Rach collected me at noon, and we went to the Market Square to forage for snax. 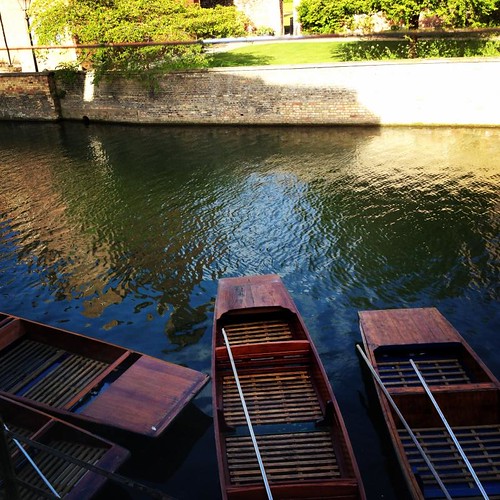 There is a dim sum stand there, with a queue of Chinese customers, which is always a good sign. They just offered dumplings, which were excellent. Steamed or fried. Guess which way I went… 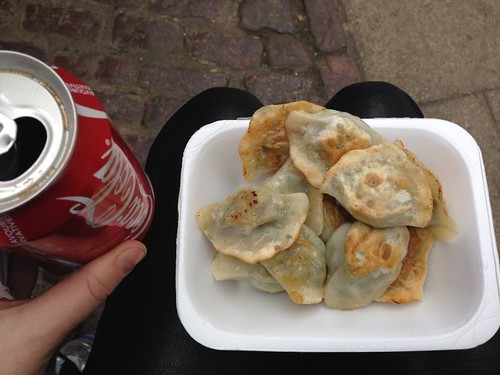 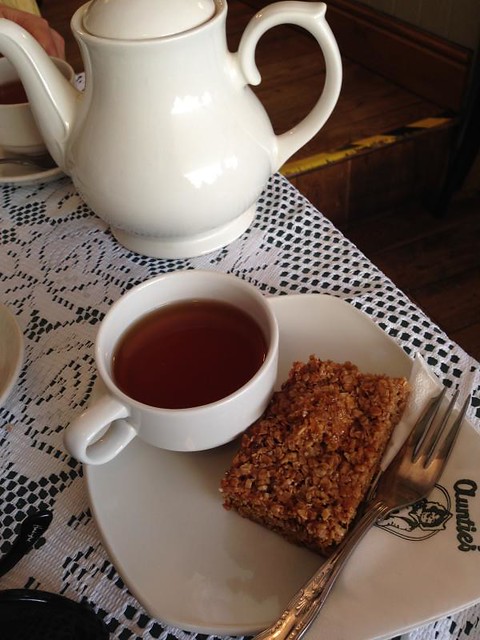 About half an hour later, after some desultory walking, we then we decided we needed another little sit down. So tea and a flapjack made an acceptable second lunch.

We then meandered our way back towards Rachel’s apartment past Midsummer Common, passing glimpses of colleges 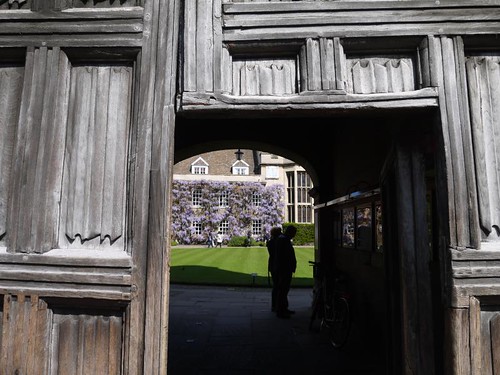 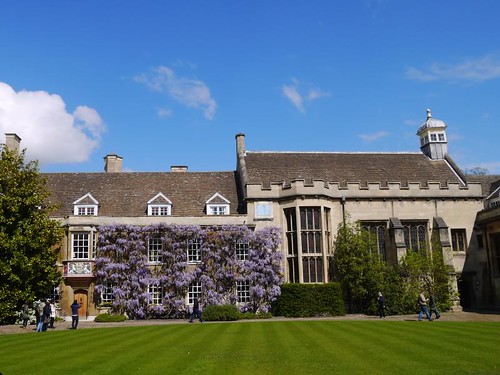 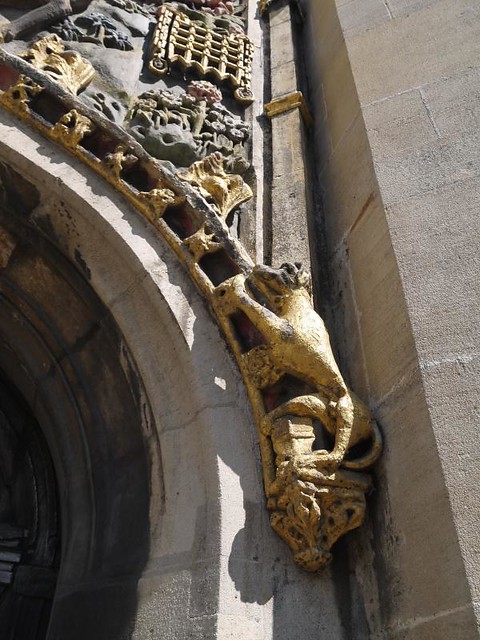 And spent the rest of the afternoon in her beautiful apartment, watching telly, wrapped in duvets, and shamefacedly eating delivery pizza.

Dear Cambridge: I promise that next time I will do more culture, and less eating.

A return train ticket from Kings Cross to Cambridge was £30.

Sasha was a guest of The Varsity Hotel for bed and breakfast in April 2014.

A (longer) Week in LLG: Matisse, The Gilbert Scott, IKEA, & all sorts…

London: Hampstead Heath at the end of May

I really enjoyed reading Sasha Wilkins account of Easter in Cambridge; I actually live in Cambridge but have never explored The Pint Shop, totally agree about Fitzbillies Chelsea buns. The Yorkshire Fat Rascals at Betty’s in York come a close second!

I love Aunties tea shop. Beautiful photos of Cambridge – such a great city!

I’m in my last term at Cambridge University and it’s lovely to see your thoughts on a visit to the city 🙂 That chip van you frequented in Market Square is called the Van of Life – it’s far preferable to the Van of Death, serving questionable kebabs, on the other side of the square…x

I just love reading about Cambridge through your eyes! Even after living here over 5 years (how has it been so long already?!), I still feel so thankful to live in such a beautiful, special city. So lovely that your friend now lives here (I hope this means that you’ll have the chance for many more weekends here).
P.S. We’re just about to buy our first apartment in the city, so if you ever need a break from London, there will always be a spare bed here for you!
Briony xx

My boyfriend has just started a new job in Cambridge, and I can’t wait to go and visit. I’ve been to Cambridge, but unfortunately spent most of my time there shut in a conference centre with work. We managed one evening out, guided by another delegate who was a local, and the little I saw was beautiful.