The part where it all starts to go badly wrong (plus: The Kindness of Strangers)

You know that entry on my blog where I was banging away about karma and everything going to plan? Well, here’s my advice – don’t do that, not never, because the next day your car will break down in the arse end of nowhere, with no cellphone coverage, just fourteen miles from the place you are supposed to be reviewing for a national newspaper.

The day started so well. Marmite & buttered toast and a little light internets action at my New Favourite Hostel in Cambria, followed by the dubious glories of Hearst Castle, and a delicious sandwich from Sebastian’s in San Simeon village, so big it would have fed a small family comfortably. Then we had a lot of basking seal action en route and, just as I was thinking: this car is fantastic, but the whole Pacific Coast Highway Experience ™ would be greatly improved by a motor with a bit more torque, the fan started screaming & the temperature gauge shot to red. More karmic retribution. I hope you are all paying attention to this cautionary tale.

Bitter experience tells me that this is the bit where you stop immediately before the car blows up. Upon examination, the radiator was so hot I could have made toast on it. Then the battery died.

Stuck out on an open coast road with minimal traffic, and nothing but surf and mountains around me – and no cell coverage. Just as I was about to send out a distress signal on my GPS unit (resourceful, me), a car pulled over and my very own Good Samaritans came into play. Ed and & his wife Deanna scooped me up, drove me & my laptop (can’t bear to be parted) to San Simeon, called the rental company for me and made sure the motel where they were staying could put me up. I’d like to take the opportunity to rain down copious blessings upon them both.

Especially for dropping me off at the Best Western Cavalier motel on the side of Highway One in San Simeon. Not only did my NBF Carlos and his staff let me use the house phone again and again, & play on their internets whilst hanging out in the lobby looking a bit scary bird and fulminating against useless car rental companies, but they did this all before the rental agency confirmed they would pay for my room there. And then, when the agency quibbled about the cost, he gave me a special English-Girl-Broken-Down-in-Car room rate (I quote).

And then his wonderful colleague Lu who had clocked that I was a writer promptly upgraded me to a gigantic ocean view room (I cld swing a whole family of cats in here), with an obscene bath (to calm me down she said), squishy duvet and huge bed that is so wasted on just me. (Seven pillows, seven!) I can hear the surf breaking through the French windows and Carlos has promised me ocean whale action. There are super powerful binoculars in my room but all I’ve spotted so far are the insane kite surfers whooping and wheeling in the surf. 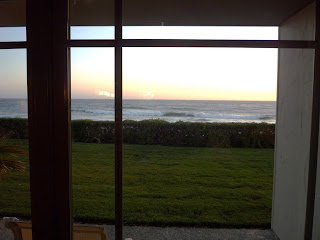 It’s a little chilly but I have a working fireplace, some Merlot and there are strategic fire-pits all along the property’s ocean wall for nighttime wine drinking, whale spotting and general hanging out. S’funny: I’ve never even considered staying at a Best Western (darling), but this place really does put the oh! in motel.

The joys of hostelling in America

They don’t make sandwiches like this where I come from

Quelle adventure. The kindness of strangers, no?

So glad you’re OK and that you met such kind people! Over Christmas I was visiting London and got sick on the platform on the tube. (Bad reaction to coconut milk and hot chocolate. Delicious at the time, though.) Two people helped me clean up and get back safely. I’m forever grateful. Hurrah for good Samaritans!

Agreed agreed. Praise the Lord for kind random people – they restore the faith in monstrous humanity.

Oh! So glad it turned out ok! Silly rental cars 🙁

That view looks to die for, and this is a definite example of US hospitality. Yay.

Love a happy ending even if it is a motel room – and the new rate charging category is as they say awesome.

This is actually a great story. I love it when people help each other. Restores my faith in humanity!

That is actually The Best Best Western and I’ve had a similarly friendly experience there when overnighting for a Hearst Castle tour.

I hope you enjoy a Coast Road North drive – stop in at the Big Sur Bakery for amazing food!