McQ by Alexander McQueen for Target 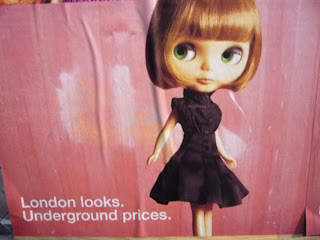 Please God no one in London dresses like this. Whatever. I thought the whole line was hideous. In my last job I attended a fair few of La Force + Stevens’ Target press presentations. Being able to see the entire collections (rather than what was left on a shop floor) made it simple to judge the success or otherwise of a line. I generally thought the Target designer collaborations were excellent distillations of a label’s sensibility with the mass market in mind. (Bar Alice Temperley’s execrable effort.)

Jonathan Saunders’ work for Target springs to mind, not because I admire his runway work and very much like the man but because it kept his signature and looked desirable. And the upcoming Erikson Beamon jewellery collaboration is beyond excellent. (Basically, if Vicky Sarge & Karen Beamon hadn’t been standing next to me at the press view I would have been tempted to scoop the whole lot into my handbag.)

But this offering from McQueen said nothing to me whatsoever. (Apart from run, run in the opposite direction.) It felt cheap, ugly and tacky. The prints in particular are actively awful. Exhibit (a): 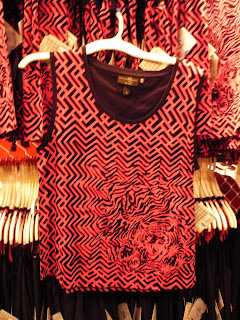 The cuffed & studded denim short shorts looked okay (for anyone under 20) and there was one high necked black coated cotton poplin mac which had some hanger appeal, but worn looked like something Nurse Ratched would have worn on her day off. Otherwise, there was a proliferation of thin, cheap-feeling jersey pieces (see exhibit a), and unflattering tailoring. Most regrettably, it fails in the scope of its ambition: this collection is unlikely to entice those new to McQueen to spend money on the real McQ pieces.

Visions of doing re-see appointments in the Alexander McQueen mainline showroom in Paris during the pret a porter shows kept flashing across my mind, and I found it hard to believe that a man who can produce such exquisite beauty could be responsible for overseeing such wholesale tackiness. Granted McQ is his casual jeans line & he obviously doesn’t design it himself, but there’s just no excuse for putting his name to such a lacklustre effort.

Last season’s pop-up Target Bodega in Midtown was set up somewhat shortsightedly in a room about the size of my apartment. It was so popular it became the scene of some rather undignified fashion roadkill, a distinct contrast to this weekend’s McQ pop-up shop in a vast concrete floored warehouse Downtown, obviously set up for an invasion of McQueen loving shoppers. 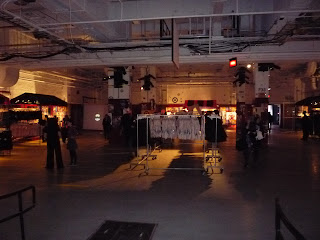 I understand that the preview on Friday night was rammed, but it was a ghost town today: I half expected to see tumbleweeds rolling across the floor. Exhibit (b): unmanned cashier desks: 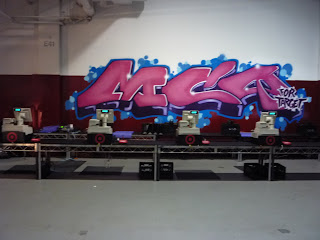 Often these shopping preview events can be rather frustrating as all the good stuff gets snapped up at the beginning and by the last day there is nothing left. The shelves were rammed today, so I hope for both Alexander McQueen & Target’s sake that this is because they over-stocked on purpose, rather than because shoppers were so turned off by the clothes.

Why the LA diet’s not going so well…

The day I gave up style…

The thing that I truly don’t understand about the Target collections is how the prints are always so awful. I mean cheap fabrics, sub-par fit and tailoring, are understandable. But Target has a whole design studio where they can create any patter they want, easily! Yet these designers come up with things that look the the pattern of an airport carpet in the 80s. Do they just ultimately decide to keep any really good ideas for their own higher up lines?

Agreed, it’s awful.
And I love some of McQ’s ready to wear.

I’m glad I’m not the only one! When I first saw the photos at Nylon.com, I was very disappointed. I’ll still check it out when it comes to my local Target, but I was hoping McQueen would design something awesome that I could actually afford.

Yeah, I was curious. I went on Friday to have a go around. What a waste. An absolute disaster.

It might go over in the Midwest where McQueen was planning this whole thing for anyway, but it sure as hell didn’t go well here.

I labeled the collection a term I lovingly use, TLBS. Top of the Line Bullshit.