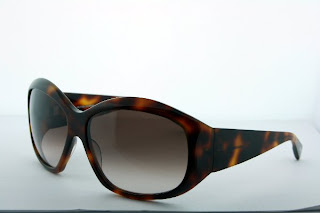 Let this be a warning to be vigilant: I had my handbag stolen from a cinema in Leicester Square whilst watching The Painted Veil last year. Granted I was curled up in a ball, sobbing my heart out by the end, but the last thing I expected was that some sticky fingered cretin would hook my huge Anya Hindmarch handbag out from under my seat during the film.

Spending the next two hours in the nick, hanging around for an officer to report the crime, I started making a list of what had gone. I nearly had heart failure at the total. I do not buy a lot of designer accessories and fashion editors on magazines, contrary to popular belief, aren’t especially well paid, but the replacement value of all the Christmas presents, press gifts & freebies soon mounted up. And, as you may have noted from the picture of my bag here, I sure carry around a lot of stuff.

Once I added up the replacement cost of the bag itself, my Smythson Fashion Diary, a pair of Prada sunspecs & pair of Oliver People’s Vanadis, & the Prada wallet which was my leaving present from a job, I was already thanking God for household insurance. In addition I lost my precious digital camera, prescription spectacles & my gold family signet ring, which I had been carrying in my make-up bag prior to getting it re-sized. And then I added up the replacement value of all the cosmetics in my make-up bag. Eek.

It took me months to get all the receipts together, and find the authentication cards for the Prada pieces, in between pinging across the Atlantic like an elastic band. Still, the insurance company have been great and, whilst they are directly replacing the camera & my ring, they’ve sent me a cheque for the rest. It’s mighty tempting to blow the lot on high living or even my tax bill, but I do feel I should replace my nice things, rather than just buying cheap shit.

I did think about calling the PRs for replacement sunglasses, but it feels super cheeky, so I’m buying the replacements. For the rest, some stuff is difficult to get hold of in America, but eBay is proving most helpful.

My new Vanadis (pictured above) arrived this morning via DHL, and I have my Mason & Pearson hairbrush arriving soon. Very excited to have all my accoutrements again: aomehow I feel more together when I have all my accessories in a row. They may not all be expensive or designer but everything I choose is the best thing for the job, and I take great pleasure in that. 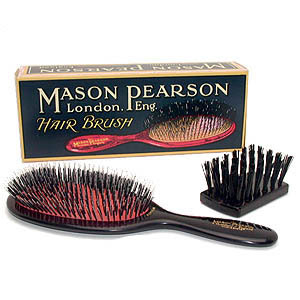 Finally: the Versace at Barney’s party

This happened to me a few years ago. Burglars raided my flat while I was at work. All the precious and irreplaceable family jewellery, favorite Balenciaga bags, my collection of polaroid cameras, TV … All gone. It was hideous.
I’m so happy you’re able to replace some of your stuff!

i hate losing things too, i was at the V&A in london last week and i dropped my beloved leopard print scarf while taking pictures of all the outfits on show! not much compared to your Anya bag, but i really loved that scarf. =)

Wow… what an opportunity to re-buld the ‘baggage’….. it sounds like you’re making good progress though!

sneaky bastard! tks for the warning and also for the biking tip! i am keeping a good distance from the sidewalk. now i just need to stop getting lost, lol! good luck with your replacements!

Oh MAN!!! What a nightmare. I had a beautiful Italian olive suede handbag stolen in Clapham by a tote-snatching gang a few years ago – thankfully they dumped the contents as they only wanted the bag itself. By the way, if a purse in the US is a handbag in the UK, then what do Americans call a UK purse?

Oh man, I’m going to start padlocking myself to my bag next time I’m in the cinema. Rotten luck, but at least you’re having fun NOW re-building your little handbag nest. Love the gorgeous retro packaging on the Mason & Pearson hair brush.

I notice you carried SMINTS in the photo…My hubby swears by it,(not like he has bad breath or anything hahhah) but he got all mad because he couldn’t find them anywhere anymore…

Just a random thought. I hope you don’t mind that I’ve linked you.

Oh–how awful. And The Painted Veil is a quality art film too–Somerset Maugham, no less! I usually like to maintain the illusion that readers of good literature/viewers of good cinema are a more rarefied crowd, sans sticky fingers. Shattered illusion indeed!

Same thing happened to me in a Leicester Square movie theater MANY years ago. The movie was Taxi Driver. I was a student. After the movie my friend and I noticed that our bags were shifted under our seats… wallets missing. Luckily we had enough change in our pockets to get home that night.

Wow, I had NO idea people steal from cinemas, ugh. Many years ago I left my coat on the back of a chair in a cafe across from Natmags in Broadwick Street. I realised about half an hour later and didn’t panic thinking they’d have just put it behind the counter. Wrong. I had to call the police to get a crime number and they told me that was a notorious area. Then the lady in my local Chinese restaurant told me she had actually caught a thief once hooking a customer’s bag with an UMBRELLA! What a flipping cheek!